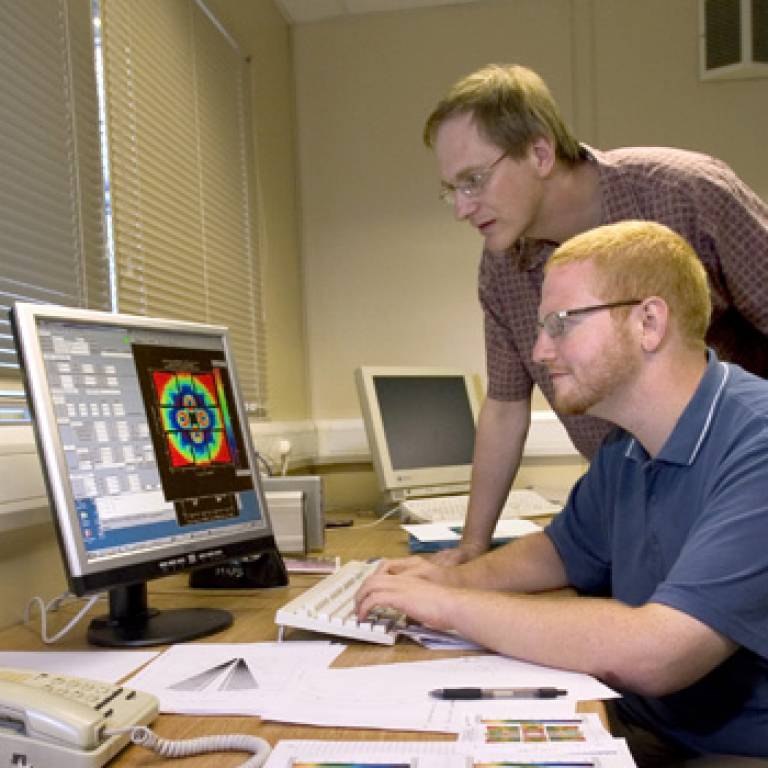 A PhD student from the London Centre for Nanotechnology has won a prize for solving a decade-long mystery central to understanding modern magnetic systems.

Andrew Walters has won the 2009 Marshall Stoneham Prize, a newly established prize awarded annually to an outstanding PhD thesis in the area of condensed matter and materials physics.

Mr Walters and colleagues from the Science and Technology Facilities Council and Brookhaven National Laboratory in New York have been studying magnetism in the cuprates, chemical compounds containing copper oxide.

The study of superconductivity, where a material has absolutely no electrical resistance below a certain temperature, occupies an important place in solid state physics today.

Since their discovery in the late 1980s, scientists have extensively studied the cuprates, which are high-temperature superconductors containing planes of copper and oxygen atoms.

In addition to their unusual electrical conducting properties, the electrons from the copper atoms have been shown to have unique magnetic properties which may be linked to the superconductivity.

However, for all the work done over the last twenty years, the location of these magnetic electrons in the planes of copper and oxygen atoms has been unclear.

Most studies have assumed that these electrons remain near the copper atoms, and are unaffected by the neighbouring oxygen atoms.

But Mr Walters and his colleagues' experiments and analysis have revealed new information about the location of the magnetic electrons.

They discovered that the average position of the magnetic electrons is much further away from the copper atoms than had been previously thought, and in fact the chance of finding an electron in the region of an oxygen atom is far higher than anticipated.

This new understanding puts a question mark over a lot of the current understanding of magnetism in the cuprates, and may have important implications for the superconductivity in these materials.

Image: Toby Perring and Andrew Walters at the MAPS spectrometer at the ISIS pulsed neutron source

Related stories:
'Magnetricity' observed and measured for the first time
Unravelling the secrets of a magic material