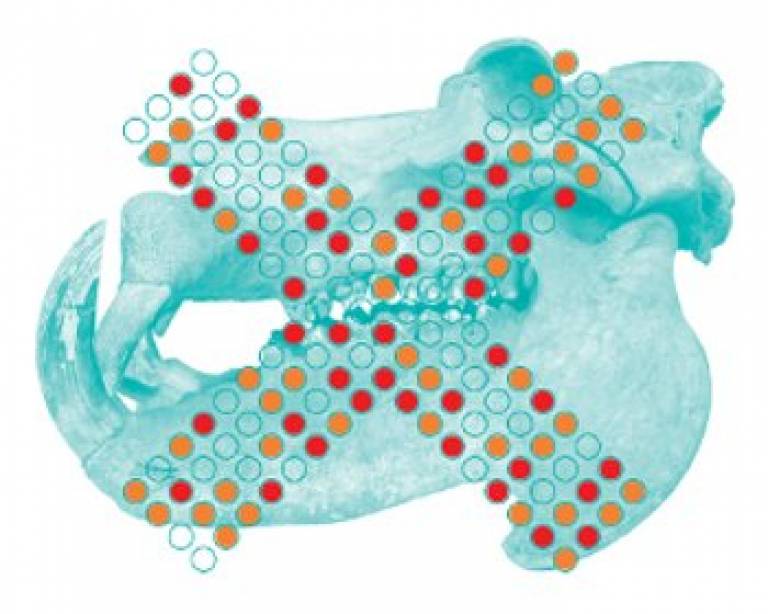 A picnic basket linked to Agatha Christie, soil samples collected before the Channel Tunnel was built and a radioactive rock used in a Nobel Prize-winning experiment feature in a provocative new exhibition at UCL.

Disposal?, which opens on Monday 19 October 2009, invites you to comment on the most challenging question faced by museums today: What should we collect and hold on to and what should we get rid of?

The exhibition includes objects which would not normally be on display, such as a crusher which can apply the weight of 150 hippos, a collection of plastic dinosaurs and slides containing microscopic fossils.

Among these are five objects earmarked for disposal that the public can vote on. This is one of several ways in which people can contribute their views on the collections: on what they think is important, what should be collected and what they feel would be better off elsewhere.

Featured pieces will include:

Disposing of objects by museums is controversial, conjuring up emotive images of collections thrown into skips or valuable artworks lost to the nation through private sales. With ever-decreasing resources and ever-expanding collections, museums are under serious pressure. Collections are fast becoming unsustainable - ethical but tough decision-making is essential to museums' survival.

In a research-led university such as UCL, collections have to keep pace with cutting-edge innovations and new discoveries. While active collecting always goes on, responsible and regular disposal is essential for collections to stay manageable.

Subhadra Das, UCL Collections Reviewer, says: "UCL Museums & Collections hold thousands of fascinating and historically important objects which are used for teaching and research. Like all museums, they also contain objects whose roles and use are unclear or problematic. Some objects may no longer be useful, some are too big or have become damaged and some should never have been collected. In the past such things have sometimes been disposed of thoughtlessly - by putting them in the skip. This exhibition is about thoughtful disposal."

The exhibition runs from Monday 19 October to Saturday 31 October 2009, is open to the public and is free of charge. Opening hours are Monday-Friday 10am-7pm, Saturday 10am-6pm. The exhibition is in the Chadwick Building, UCL, Gower Street, London WC1E 6BT.