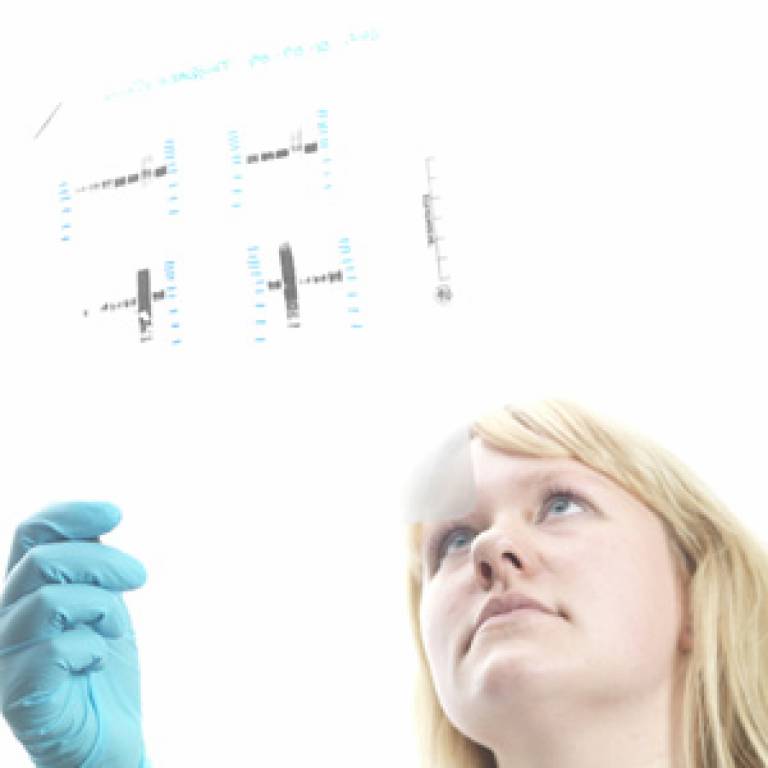 UCL's Dr Selina Wray is to front a national appeal for the Alzheimer's Research Trust.

Dr Wray won a fellowship grant from the Alzheimer's Research Trust in June 2009. She is using stem cells, made from adult skin cells, to study the tau protein, which forms toxic tangles thought to be behind the damage caused by dementia.

Speaking about her involvement in the appeal, Dr Wray said: "I'm over the moon to have my work featured in the appeal. Dementia research doesn't get the attention it deserves and it's a horrible disease for patients and their families. I want to be part of developing new treatments, which are now more important than ever as our population gets older. It's an exciting time to be involved in this research and I'm really grateful to the Alzheimer's Research Trust and its supporters for funding my work."

Rebecca Wood, Chief Executive of the Alzheimer's Research Trust, said: "Dr Wray is one of our pioneering researchers and we're delighted to feature her work in this important appeal. We're similarly delighted to have the support of Lynda Bellingham who sadly lost her mother to Alzheimer's. Appeals like this are a crucial way of raising much needed funds for dementia research. The population living with this cruel condition is forecast to double to 1.4 million within a generation - UK researchers hold the key to arresting this worrying trend, we must back them all the way."

John Hardy: most cited researcher on Alzheimer's disease in UK