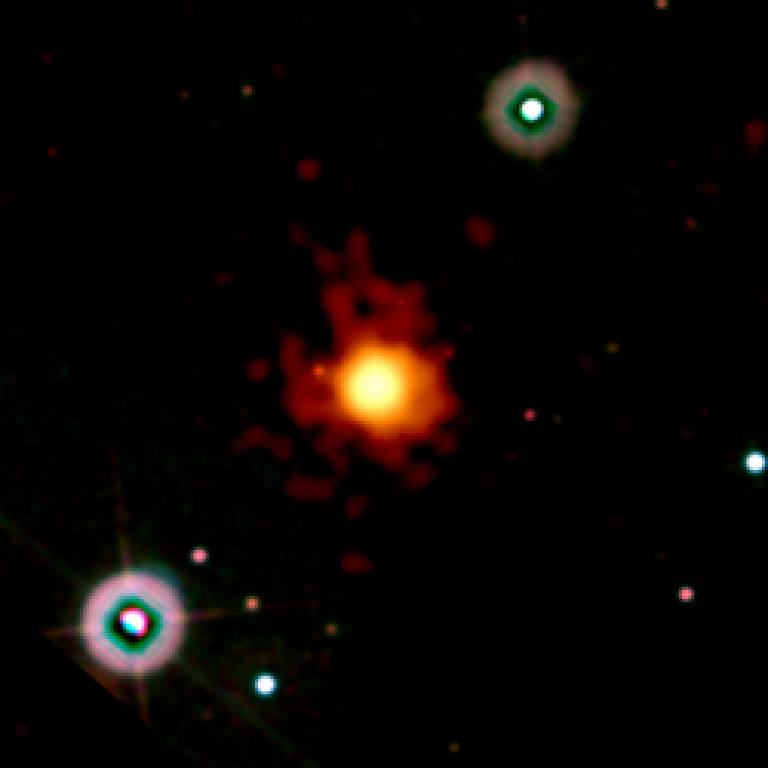 Space scientists from UCL helped build part of a satellite that has detected the most distant and ancient object in the known universe.

Astronomers from the university's Mullard Space Laboratory (MSSL) were involved in the design, development and calibration of NASA's Swift satellite, which is searching the sky for gamma-ray bursts (GRBs).

Gamma-ray bursts are flashes of gamma radiation that appear in the sky about once a day and last from a millisecond to hundreds of seconds, but leave an 'afterglow' in the form of a fading emission at longer wavelengths of the electromagnetic spectrum, such as the X-ray and optical wavelengths.

Observing these afterglows has enabled astronomers to pinpoint the position of gamma-ray bursts and associate them with galaxies which are billions of light years away.

Before Swift, afterglows could only be studied several hours after the GRB itself, since older satellites took such a long time to repoint themselves at the source of the burst. Swift, however, can reposition itself from as early as 100 seconds after the burst is detected and observe the afterglow by means of its X-ray Telescope and Ultraviolet Optical Telescope, which was mostly designed and built at MSSL.

Earlier this year Swift detected a burst - GRB 090423 - from a star that died when the universe was 630 million years old, or less than five percent of its present age, and is estimated to be about 13.1 billion light years away from Earth.

That makes GRB090423 the most ancient and the most distant object ever observed - and has provoked debate about whether it might be due to a so-called Population III star, the first star to form in the universe.

Dr Massimiliano De Pasquale (UCL Space and Climate Physics), who tests theoretical models of GRB emission at MSSL, said the discovery would help astronomers understand the history of the universe.

He added: "GRBs are extremely luminous, and even remote objects such as GRB090423 can be used as effective probes to study the history of star formation of the universe, as well as properties of the matter that GRB light goes through; for example, its chemical composition.

"Thus, future efforts to study these blasts of long ago will expand our knowledge of the properties of ancient stars and the environment of primordial galaxies. In conclusion, these ancient explosions will help us to know VERY important pieceS of the history of the universe where we live."

For more information about NASA's Swift Mission or MSSL follow the links above.

MSSL has worked with all major space agencies around the world and is the UK's largest university-based space science research group. It delivers a cutting-edge programme, specialising in space science instrumentation, systems engineering and project management.