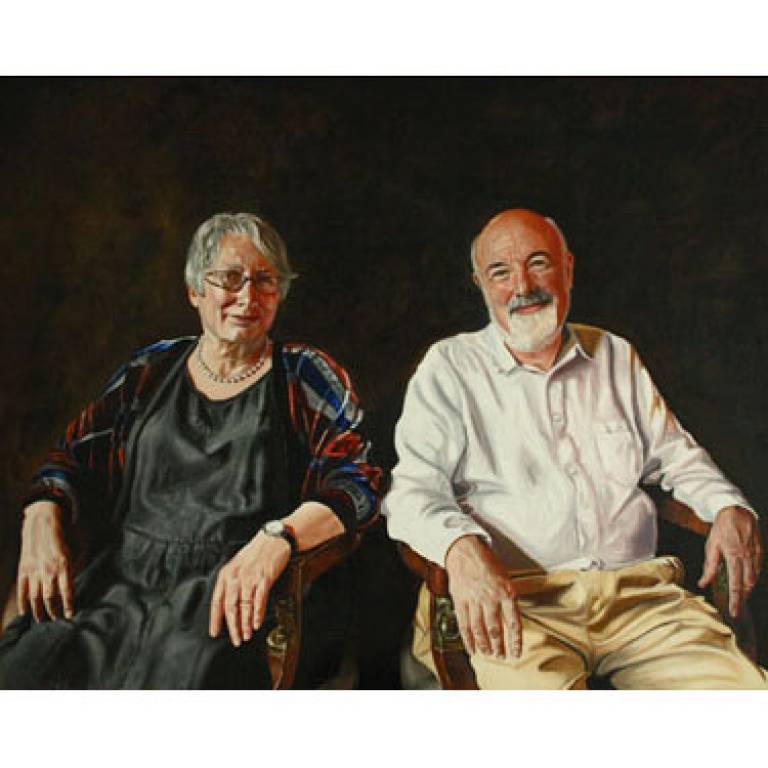 UCL Professors Chris and Uta Frith have received the European Latsis Prize for their contribution to understanding the human mind and brain.

The prize is funded by the Geneva-based Latsis Foundation and awarded by the European Science Foundation to an individual or a research group who, in the opinion of their peers, has made the greatest contribution to a particular field of European research. It is valued at 100,000 Swiss francs (approximately £60,000).

"It's exciting to be awarded this prize and particularly to receive it together, recognizing our work individually and as a team," said Professor Chris Frith (UCL Institute of Neurology). "Our collaboration shows that not only is it valuable to cross disciplines, but it is also valuable to cross national boundaries. Europe is uniquely rich in the variation you can find in expertise and approaches. In every country there is something worth borrowing or learning about in relation to knowledge and skills."

The research field for the 2009 prize is 'The Human Brain - The Human Mind'. The work of Professors Chris and Uta Frith has shaped the way researchers and clinicians think about the mind and brain and various socio-cognitive deficits. They are responsible for paradigm shifts across areas as wide-ranging as autism and schizophrenia research, consciousness studies, dyslexia and social neuroscience.

The prize has been awarded to them as a couple and they were nominated as such. Both professors see their marital and academic partnership as the strongest formative influence on their careers.

Professor Uta Frith (UCL Institute of Cognitive Neuroscience) commented: "I think we are a prime example of the benefits of the kind of interpersonal and cross-cultural cooperation that we are now studying explicitly with our Danish colleagues at Aarhus University. We have always discussed each other's research and more recently our constant hidden collaboration has become visible to others as we now tend to publish together."

Professor Chris Frith continued: "If I had not met Uta my research career would have been very different. It has been important to us that, until very recently, we have always worked in different institutions and in different topics. As a result my research has been fertilized by the different approaches and topics that engaged Uta."

In recent decades knowledge about both the brain and mental activities has increased exponentially. Although both fields continue to generate research independently of the other, it is in the interdisciplinary investigation of the relationship between the functions of the brain and the activities of the mind, that groundbreaking research is taking place today.

The criteria used in the selection procedure are scientific excellence, a focus on the relation between brain and mind, societal impact, and contribution to European progress. The nominations were evaluated by a jury of eminent scientists in the field.

The Friths have enjoyed a number of awards in recent years. Both are Fellows of the Royal Society (FRS) and Fellows of the British Academy (FBA), and last year Uta was named 'Woman of Outstanding Achievement'.

Their joint, seminal, paper 'Interacting Minds - A Biological Basis' (1999) marked a move from studying subjects in isolation and the inception of social cognitive neuroscience concerned with the biological foundations of social cooperation.

Within the 'Interacting Minds' project at Aarhus University they are developing this approach further, exploring the mechanisms through which minds interact. The goal is to extend their research into clinical examination of interaction disorders, such as autism and schizophrenia, and get a complete picture of the causal chains leading to those conditions.