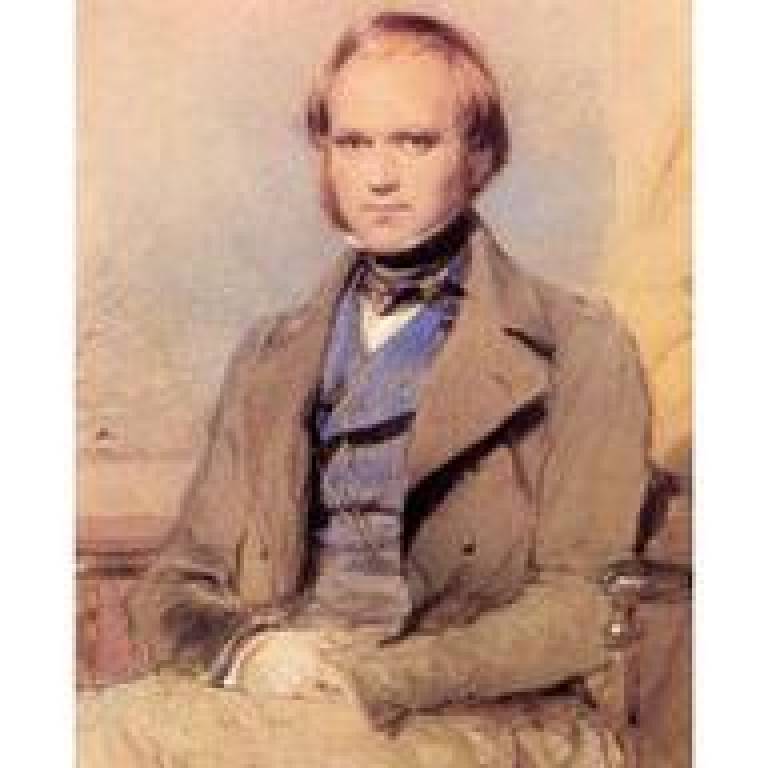 A new exhibition and commentary from UCL researchers demonstrate the wide-reaching ramifications of Darwin's evolutionary theory, published 150 years ago today in On the Origin of Species.

Darwin's in the Hospital

'Darwin's in the Hospital' is an exhibition at University College Hospital (UCH) on Darwin's life and work, curated by Dr Carole Reeves and Dr Sharon Messenger from the Wellcome Trust Centre for the History of Medicine at UCL, and Dr Joe Cain from UCL Science and Technology Studies.

It commemorates the 200th anniversary of Darwin's birth as well as the publication of his most famous work. The exhibition is located in UCH as the presence of artwork in hospitals has been proved to have a positive effect on patients' recovery.

The exhibition is in the pavement galleries of the hospital walkways, and consists of 13 panels explaining the impact of evolutionary theory on health and medicine.

The exhibition panels and accompanying audio guide is available online for those unable to visit in person. The exhibition website also features suggested further reading on Darwin's works, commentaries on his life and science, and even the great man's own holiday reading.

The evolution of planning

150 years after On the Origin of Species was published, Darwin's influence on  urbanism and town planning is slowly gaining ground, according to Professor Michael Batty, Director of the UCL Centre for Advanced Spatial Analysis, and Dr Stephen Marshall, Senior Lecturer at the UCL Bartlett School of Planning.

The researchers reassess Darwin's contribution to town planning in the November issue of Town & Country Planning, and Professor Batty's editorial in Environment and Planning B.

Professor Batty said: "Darwin had an important influence on Patrick Geddes, the father of British Town Planning, who 'we think' actually met him in UCL's Haldane Room, which was Sanderson's Physiology Lab in the late 1870s [and where Geddes began his experimental biology].

"In fact, despite Geddes working and preaching evolution of one form or another all his life, and despite the fact that his book Cities in Evolution published in 1915, had an important influence on town and country planning, evolutionary theory has had much less impact on our design of towns and cities than one might have suspected.

"This is however changing. Complexity theory and ideas about highly decentralised systems and decentralised planning are consistent to an extent with Darwinism and in the year of the bicentenary of his birth and the 150th anniversary of his great book, it is worth reassessing his contribution.

"After Darwin came back from his voyages on HMS Beagle, he married in 1838 and lived at 12 Upper Gower Street which is on the site of the 'Darwin Building' - of course - which is part of the south-east wing of the quad.

"He left there in 1842 to go his beloved Down House in south-east London where he lived the rest of his life. But he always came back to University College when he visited London, hence his meeting with Geddes who was an assistant in Physiology in 1878-9.

"An indulgent musing on our speculation is that Darwin penned the elements of his great book in Gower Street although it was many years later that force of circumstance - the fact that Wallace was near to his own publication of evolutionary theory - pushed him to publication in November 1859.

"Readers might forgive us for claiming a little of Darwin for town planning as well as for UCL."

In the article in Town & Country Planning, Professor Batty and Dr Marshall explain:

"Urban theorists are increasingly turning to contemporary science - complexity science, and theories of self-organisation and emergence - to interpret urban change. The long-standing focus on nonlinearity has thrown into question the extent to which we can expect any longer the kinds of predictability that have dominated classical science. These include the ideas that cities are emergent and adaptive; and that we cannot expect them to exist in a state of equilibrium, as they are intrinsically unstable, always in flux and thus far from equilibrium. This fits well with contemporary interpretations of evolution (or Darwinian processes) in areas such as technology, archaeology and architecture, and paves the way for recent research that is leading to fresh perspectives on evolutionary interpretations of urbanism and planning."

To find out more about the exhibition or the urbanism research, follow the links at the top of this article.

Images from top: Darwin's wedding portrait; panel from 'Darwin's in the Hospital' exhibition

When he was newly married in his early thirties, Charles Robert Darwin (1809-1882) lived for nearly four years at 12 Upper Gower Street or 'Macaw Cottage', a site now occupied by UCL's Darwin Building. By the time he came to Gower Street, Darwin had already returned from his famous voyage on HMS Beagle. Darwin went on to establish a reputation as one of the foremost scientists of modern times, his work influencing contemporaries and their successors at UCL. UCL Library Services holds a  considerable collection of Darwin books and papers.

Darwin Day: the grid of evolution at UCL