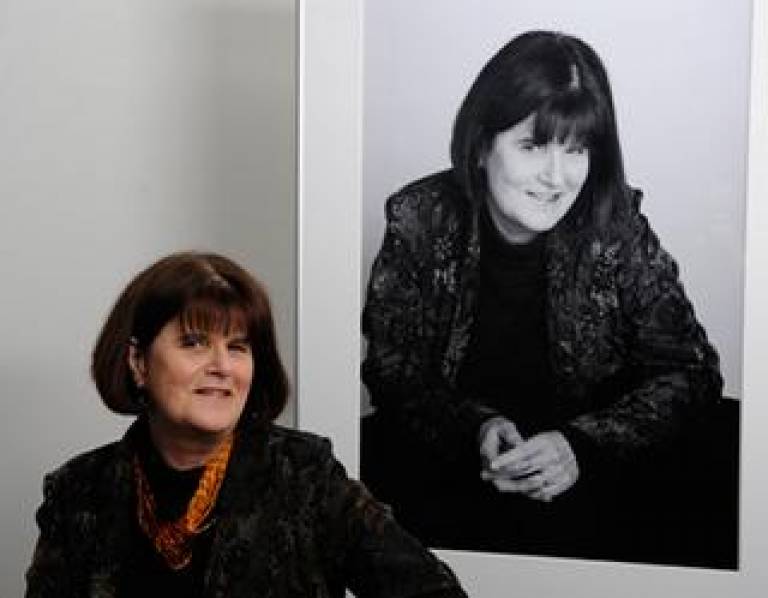 A portrait of Professor Linda Partridge (UCL Genetics, Evolution & Environment), 2009 Woman of Outstanding Achievement in Science, Engineering and Technology (SET), will be presented to the Royal Society in London.

The UK Resource Centre for Women in SET (UKRC) commissioned the portrait of Professor Partridge for her outstanding work in evolutionary biology.

Professor Partridge is a leading evolutionary biologist who specialises in ageing research, working on diseases such as Alzheimer's and cardiovascular disease. She holds the Weldon Chair of Biometry at UCL and is the Director of the UCL Institute of Healthy Ageing.

When she was named Woman of Outstanding Achievement, Professor Partridge commented: "I am delighted to be chosen. Young female scientists and engineers need senior females to relate to, especially at the difficult beginning of their research careers when they are deciding if it is really for them and the project helps to show them it is possible to reach the top. What I try to do is show that you can be a successful scientist and have a rounded life. I think the UKRC is a terrific organisation.

What I like most about the project is being photographed as a person and not a scientist in a lab coat. I hope it helps in creating stronger role models for young female scientists."

Image: Professor Partridge in front of her portrait taken by photographer Robert Taylor

The UCL Institute of Healthy Ageing (IHA) is an interdisciplinary centre of excellence for research on the biology of ageing and ageing-related diseases. Its goal is to improve the health and quality of life for older people, and its primary purpose is to bring together researchers working on the basic biology of ageing (biogerontology) with those working to understand the causes of ageing-related disease. A secondary aim of the Institute is to nurture broader collaborations across UCL between researchers working on the biological, social, economic and 'built environment'-related aspects of ageing.

Through its combined activities, it hopes to transform healthcare technology and the social conditions of the elderly to create a future society in which the lives of older people are healthy, meaningful and happy. The work of the Institute is funded by a variety of sources, including UCL itself, and the Wellcome Trust by means of a Strategic Award granted in 2007.