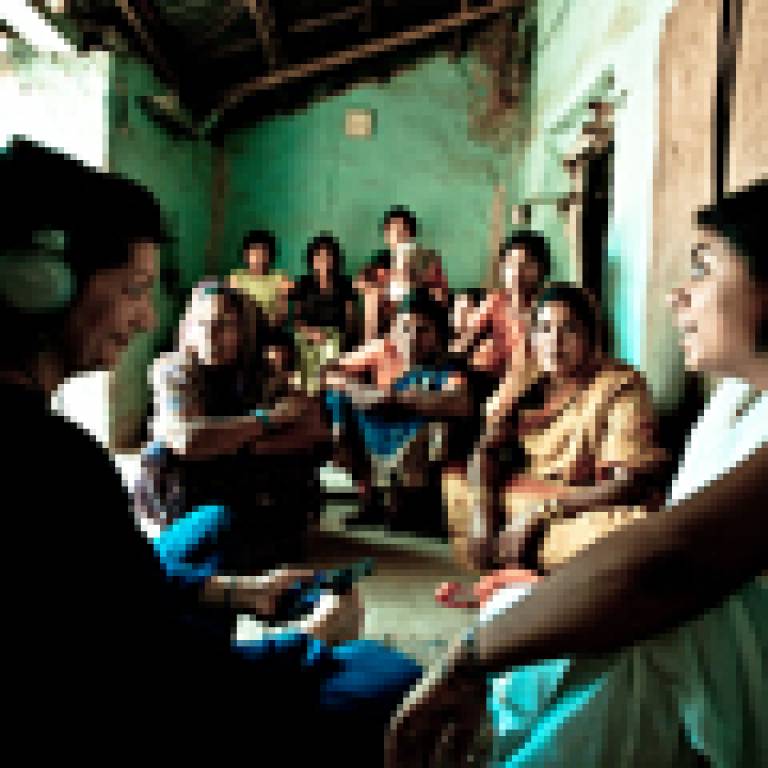 'Sacred Election: Lessons from the Biggest Democracy in the World', a 40-minute documentary on Dr Mukulika Banerjee's research into the current Indian general election, will be broadcast on BBC Radio 4 on Tuesday 12 May at 8pm and Sunday 17 May at 5pm.

In the programme, UCL Anthropology's Dr Banerjee sets out to discover how the country manages to defy apparently insuperable odds to deliver an efficient and effective democratic process that is admired across the world. She talks to Election Commissioner Dr SY Quraishi, political analyst Yogendra Yadav and veteran British psephologist Dr David Butler as well as many voters around the country - from paddy farmers in West Bengal to slum dwellers in Mumbai.

The programme will be available for seven days after broadcast on the BBC Radio 4 website.

Dr Banerjee discussed her research and the programme on the BBC World Service 'Outlook' programme of 11 May, available online until 16 May.