Agreement with Kazakhstan Ministry of Education and Science

Professor Michael Worton, Vice-Provost (Academic and International) and Mr Zhanseit Tuimebayev, Kazakh Minister of Education and Science, signed a co-operation agreement between UCL and the Government of Kazakhstan on 24 April, in Astana, Kazakhstan. 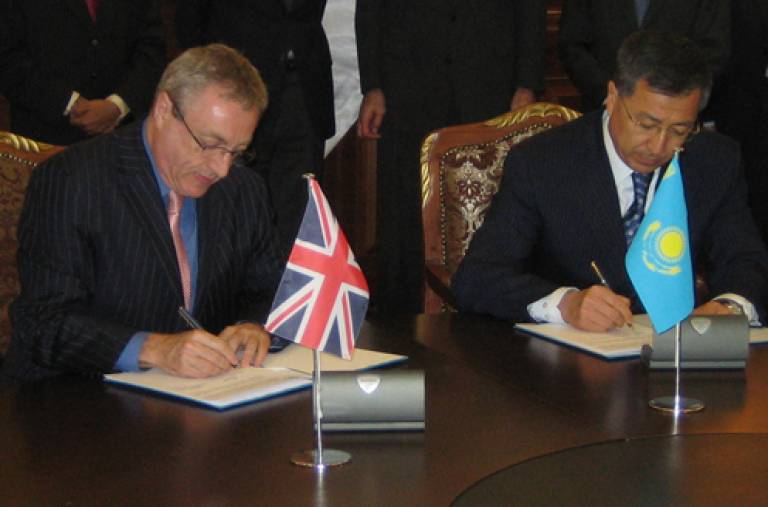 The agreement commits both parties to pursuing detailed negotiations on specific proposals relating to the development of the new University of Astana which is currently under construction in Kazakhstan's capital city.

The agreement was signed at the end of a two-day seminar hosted by the ministry to discuss how the Kazakh government's internationally oriented vision for the new University could be realised.

Topics covered included academic structures and curricula; governance and management; developing the research capacity of the new University; and models of inter-university partnership.

The seminar was also attended by representatives from the University of Cambridge, Stanford University, National University of Singapore, Carnegie Mellon University and the World Bank.