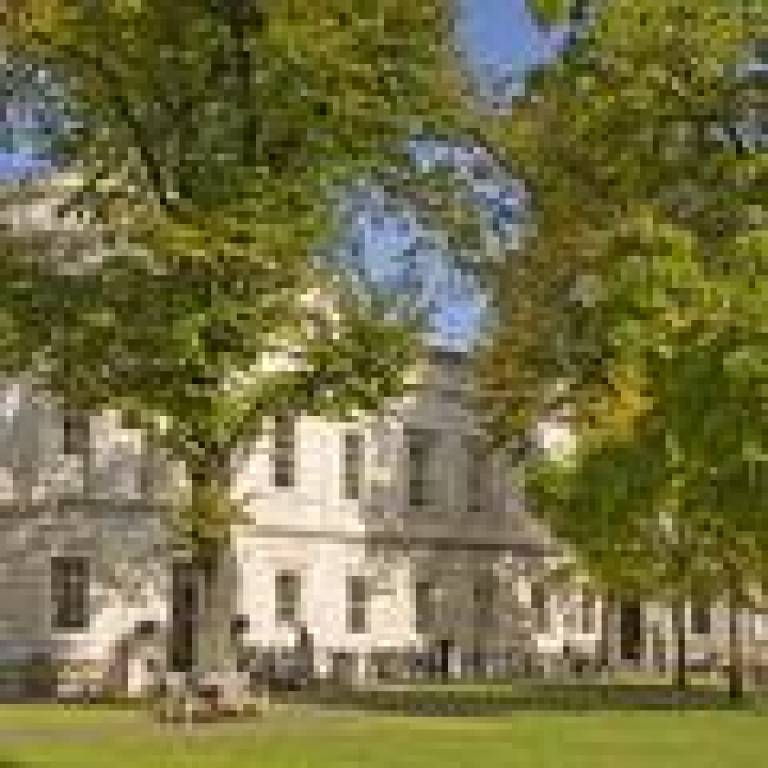 The artist and UCL Slade School of Fine Art Reader Dr Susan Collins is exhibiting her Seascape project at the De La Warr Pavilion in Bexhill on Sea, East Sussex, from 4 April-14 June.

Seascape generates a series of gradually unfolding digital seascapes using images captured by webcams overlooking the sea along the south-eastern coast of the UK. The webcams were placed in each location for six to twelve months. Each image was constructed from data collected continuously in both vertical and horizontal bands - marking visible fluctuations in light and movement throughout the day - and archived at regular intervals. At any one time, the viewer experiences a different version of the image, as the pixels change and the piece evolves.

The resulting images are now being used to create both large-scale digital colour works on paper and real-time projections in the De La Warr Pavilion. The Seascape exhibition is accompanied by a full-colour publication. The exhibition is a development from the success of previous projects, which include Fenlandia and Glenlandia (2007), the Bafta-nominated Tate in Space (2002-03), Transporting Skies (2002), In Conversation (1997-01), and The Spectrascope (2005-09), a live transmission of digital images from a haunted house to a gallery, pixel by pixel.

Dr Collins, who is Reader in Fine Art and Head of Electronic Media and Undergraduate Fine Art Media, draws on classical landscape traditions in painting to create digital works which unfold in real time. She is one of the UK's leading artists working with digital media, and for the past decade the collision between the real and the artificial or virtual has been one of her key areas of investigation. She has worked across public, gallery and online spaces, and recently completed commissions include a wildlife surveillance system for Sarah Wigglesworth Architects' RIBA award-winning Classroom of the Future, and 'Underglow', a network of illuminated drains for the Corporation of London's Light Up Queen Street project.

The Seascape project was produced in partnership with Film and Video Umbrella (the film, video and new media curators and producers), with the assistance of Adrian Barker and his team at UCL Information Systems, the UCL Slade School Centre for Electronic Media and UCL Slade School Digital Print Studio, and supported by a grant from the Arts and Humanities Research Council. To find out more, see the links at the top of the page (the Seascape project site is accessible now, but will be fully live from 27 March).

The UCL Slade School of Fine Art is one of England's leading university departments for research in Fine Art; in the recent 2008 RAE, 70% of the department's research activity was recognised as being in the top two categories of 4* ('world leading') or 3* ('internationally excellent'). In recent years, studio space and facilities have been expanded and enhanced, and a large research centre and project space have been established in the Woburn Square studios.