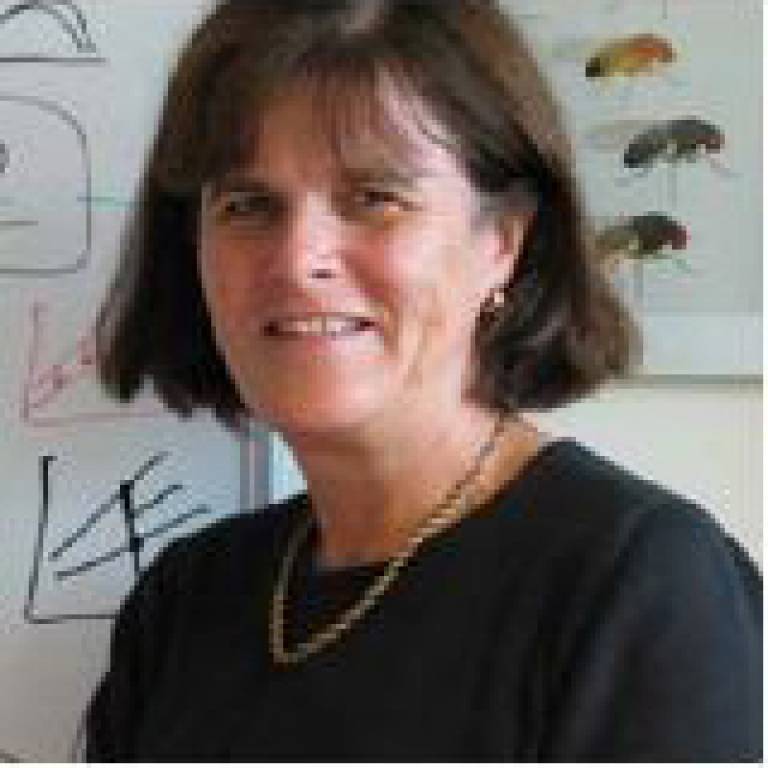 Professor Linda Partridge (UCL Genetics, Evolution & Environment) has been named a Woman of Outstanding Achievement 2009 for discovery, innovation and  entrepreneurship by the UK Resource Centre for Women (UKRC) in Science, Engineering and Technology.

Professor Partridge is a leading evolutionary biologist who specialises in ageing research; she holds the Weldon Chair of Biometry at UCL and is the Director of the UCL Institute of Healthy Ageing.

On receiving the commendation, Professor Partridge commented: "I am delighted to be chosen as one of the UKRC's Women of Outstanding Achievement 2009. Young female scientists and engineers need senior females to relate to, especially at the difficult beginning of their research careers. What I try to do is show that you can be a successful scientist and have a rounded life."

Professor Partridge has also recently won a grant from Research into Ageing, the biomedical research arm of Help the Aged, to advance knowledge on why bodies age. The findings of the study will be used to promote health and independence in later life.

The project will aim to gain a better understanding of the process of autophagy, the mechanism which cells use to remove damaged components from within themselves. The research will determine whether speeding up the rate of autophagy in fruit flies extends a healthy life span. Knowing why the organs, cells and molecules of the body age is vital in helping to combat diseases such as stroke, osteoporosis and dementia, where the single biggest risk factor is age.

2009's UKRC Women of Outstanding Achievement have taken part in a photography session, with the aim of creating a growing collection - now in its fourth year - of portraits of pioneering women in the field. It is hoped that the collection will inspire and encourage other women to pursue a career within science, engineering and technology (SET) - a sector in which females are significantly under-represented.

The Women of Outstanding Achievement Photographic Exhibition and reception this year takes place this evening at the Williams Lounge in the Wellcome Conference Centre. Following the event, the portraits will be given to a relevant university, professional institute or company on permanent loan to ensure that the exhibition has a lasting impact.

To find out more about the event, please click on the UKRC link at the top of this page.

The UCL Institute of Healthy Ageing (IHA) is an interdisciplinary centre of excellence for research on the biology of ageing and ageing-related diseases. Its goal is to improve the health and quality of life for older people, and its primary purpose is to bring together researchers working on the basic biology of ageing (biogerontology) with those working to understand the causes of ageing-related disease. A secondary aim of the Institute is to nurture broader collaborations across UCL between researchers working on the biological, social, economic and 'built environment'-related aspects of ageing. Through its combined activities, it hopes to transform healthcare technology and the social conditions of the elderly to create a future society in which the lives of older people are healthy, meaningful and happy. The work of the Institute is funded by a variety of sources, including UCL itself, and the Wellcome Trust by means of a Strategic Award granted in 2007.

'Anti-oxidants are unlikely to prevent ageing, UCL study suggests' (12 December 2008)
In December 2008, research conducted at the institute suggested that diets and beauty products which claim to have antioxidant properties are unlikely to prevent ageing. Contrary to the result predicted by the 'free radical' theory of ageing, the researchers found that the lifespan of the nematode worm was relatively unaffected by its ability to tackle the surplus superoxide. Listen to Dr David Gems describe the findings.