The second instalment of the 'Today's Neuroscience, Tomorrow's History' podcast series, compiled by the Wellcome Trust Centre for the History of Medicine at UCL, is now available for download. 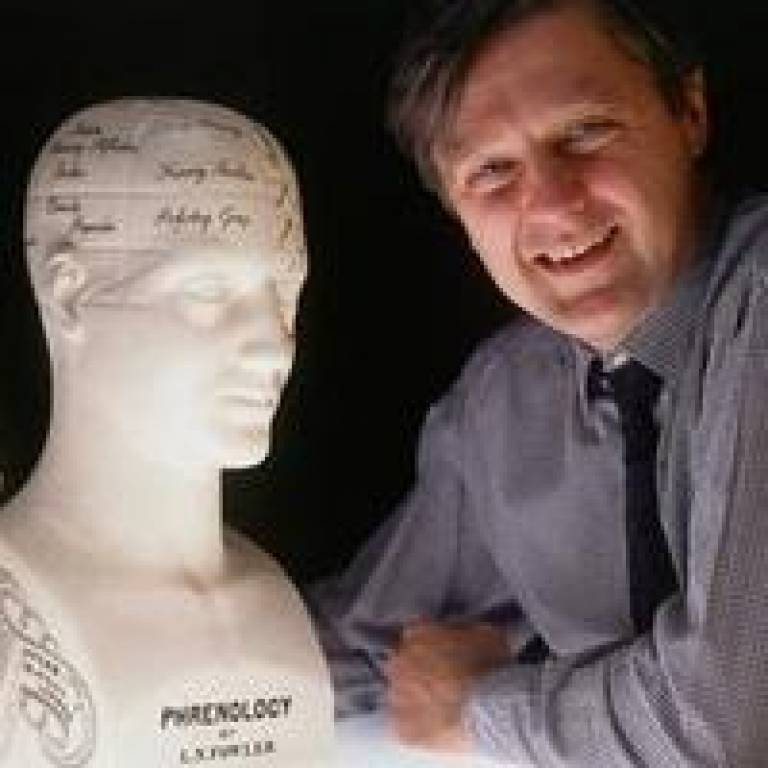 In 1995, as Professor of Cognitive Neurology the UCL Institute of Neurology, Professor Richard Frackowiak established the Functional Imaging Laboratory (now the Wellcome Trust Centre for Neuroimaging), where he developed new techniques for magnetic resonance imaging (MRI). In a now famous study - produced with his team at the UCL Wellcome Neuroimaging Unit - Professor Frackowiak showed that in London taxi drivers, there was a connection between an area of the brain (the hippocampus) and their highly developed spatial and navigation skills. The hippocampus had enlarged as a result of navigational experience.

Professor Terry Jones was responsible for installing one of Britain's first Positron Emission Tomography (PET) scanners at the Hammersmith Hospital in 1979, where he recruited Richard Frackowiak, among others, to conduct research. Professor Roger Odridge's research focuses on the development and clinical application of MRI technology, and he patented several of the widely used methods currently used in MRI scanning. Professor Sir Peter Mansfield and his team have shown how the radio signals from MRI could be mathematically analysed and, as a result, interpreted into useful images. This work won him a Nobel Prize in 2003, which he shared with Paul Lauterbur.

The podcasts can be downloaded from UCL's iTunes U site, or from the Wellcome Centre for the History of Medicine website along with transcripts of the interviews.

Part 1 of 'Today's Neuroscience, Tomorrow's History' (which can be accessed using the link at the top of this page) included interviews with Professor Uta Frith, Professor Richard Gregory, Professor Sir Michael Rutter, and Professor Elizabeth Warrington. A series of podcasts charting the history of smallpox eradication, including lectures and interviews with some of the most important people in the field, will be coming soon.

The Wellcome Trust Centre for the History of Medicine at UCL has a tradition of excellence in furthering the academic study of the history of medicine and an awareness of its importance. The centre is committed to furthering the knowledge of medicine's past in order to offer analyses of the complexities and ambiguities, as well as the hard-won knowledge, surrounding health, diseases, and their treatment.

UCL's presence on iTunes U features lectures (including its popular Lunch Hour Lectures), interviews and seminars. Subjects range from a discussion on the topic of 'Genomics, Identity and Health' (UCL Anthropology), Dr Kasia Boddy (UCL English) on 'Boxing: A Cultural History', and a lecture by Stephen Brown (UCL National Medical Laser Centre) on photodynamic therapy for cancer patients. There is also a weekly UCL News Podcast, published on Friday afternoons (click here for the most recent instalment).