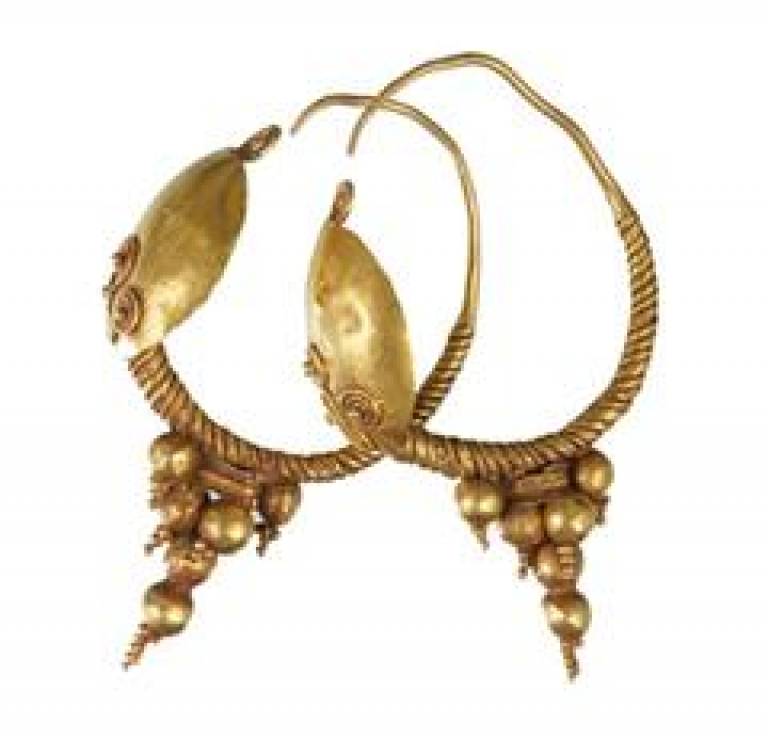 Increasing population density, rather than boosts in brain-power, appears to have catalysed the emergence of modern human behaviour, according to a new study by UCL scientists published in the journal Science.

High population density leads to greater exchange of ideas and skills and prevents the loss of new innovations. It is this skill maintenance, combined with a greater probability of useful innovations, that led to modern human behaviour appearing at different times in different parts of the world.

In the study, the UCL team found that complex skills learnt across generations can only be maintained when there is a critical level of interaction between people. Using computer simulations of social learning, they showed that high and low-skilled groups could coexist over long periods of time and that the degree of skill they maintained depended on local population density or the degree of migration between them.

Using genetic estimates of population size in the past, the team went on to show that density was similar in sub-Saharan Africa, Europe and the Middle-East when modern behaviour first appeared in each of these regions. The paper also points to evidence that population density would have dropped for climatic reasons at the time when modern human behaviour temporarily disappeared in sub-Saharan Africa.

Adam Powell, from the AHRC Centre for the Evolution of Cultural Diversity, said: "Our paper proposes a new model for why modern human behaviour started at different times in different regions of the world, why it disappeared in some places before coming back, and why in all cases it occurred more than 100,000 years after modern humans first appeared.

Professor Stephen Shennan, from the UCL Institute of Archaeology, said: "Modern humans have been around for at least 160,000 to 200,000 years but there is no archaeological evidence of any technology beyond basic stone tools until around 90,000 years ago.

"In Europe and western Asia this advanced technology and behaviour explodes around 45,000 years ago when humans arrive there, but doesn't appear in eastern and southern Asia and Australia until much later, despite a human presence.

"In sub-Saharan Africa the situation is more complex. Many of the features of modern human behaviour - including the first abstract art - are found some 90,000 years ago but then seem to disappear around 65,000 years ago, before re-emerging some 40,000 years ago.

"Scientists have offered many suggestions as to why these cultural explosions occurred where and when they did, including new mutations leading to better brains, advances in language, and expansions into new environments that required new technologies to survive. The problem is that none of these explanations can fully account for the appearance of modern human behaviour at different times in different places, or its temporary disappearance in sub-Saharan Africa."

Dr Mark Thomas, from UCL Genetics, Evolution and Environment, said: "When we think of how we came to be the sophisticated creatures we are, we often imagine some sudden critical change, a bit like when the black monolith appears in the film 2001: A Space Odyssey. In reality, there is no evidence of a big change in our biological makeup when we started behaving in an intelligent way. Our model can explain this even if our mental capacities are the same today as they were when we first originated as a species some 200,000 years ago.

"Ironically, our finding that successful innovation depends less on how smart you are than how connected you are seems as relevant today as it was 90,000 years ago."

Images (from top): Gold earrings from Ancient Egypt, Greco/Roman period, 100 BC - 200 AD; ceramic figurine from Teotihiacan, Mexico, 200 BC - 200 AD, both from UCL's collections

The Centre for the Evolution of Cultural Diversity is an AHRC-funded research group dedicated to examining the evolutionary underpinnings of human cultural behaviour, past and present.

The UCL Institute of Archaeology is one of the largest and most diverse archaeological departments in the world and a leading centre for research and teaching in interdisciplinary fields such as Cultural Heritage and Museum Studies.