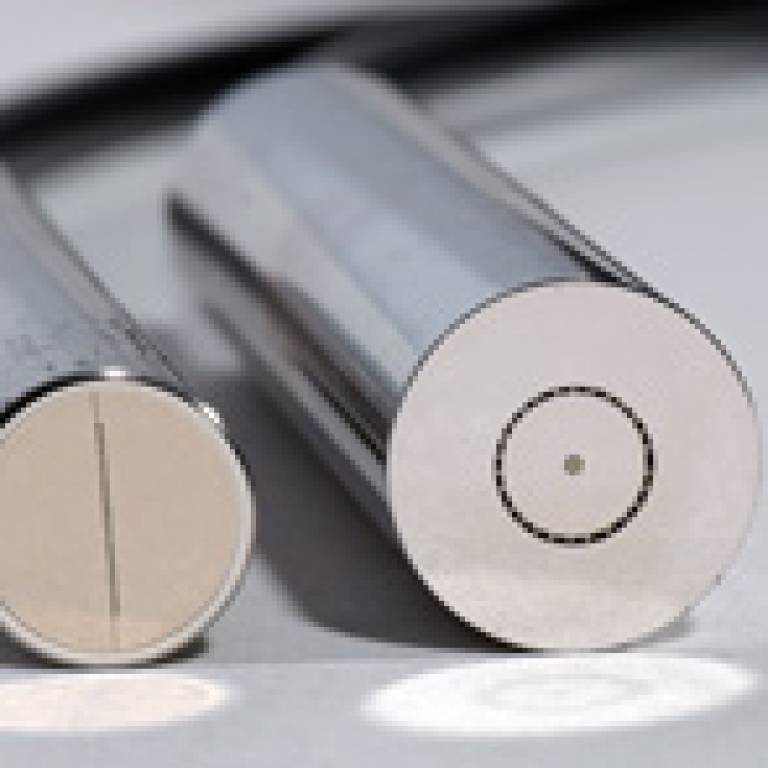 A UCL study has revealed a new laser technique that could lead to earlier diagnosis of bone disorders. It is hoped that the technique, which is to be tested in a hospital for the first time, will pave the way for future clinical trials.

By applying a revolutionary approach known as SORS (Spatially Offset Raman Spectroscopy), the technique examines specific substances in non see-through surfaces. It also goes deeper than has previously been possible, without damaging the surface. The UCL research team hopes that the method can be used both to detect and screen for early signs of diseases such as osteoarthritis and osteoporosis.

UCL's Professor Allen Goodship said: "This exciting new approach has been developed by combining expertise in multidisciplinary research collaboration over a number of years. This has now culminated in a system for minimally invasive assessment of skeletal tissues and could, with further development, form the basis of a rapid safe economical screening system for musculoskeletal disease."

Through an ongoing collaboration with UCL's Institute of Orthopaedics and Musculoskeletal Science, the basic technique was devised and patented in the Central Laser Facility at the Science and Technology Facilities Council (STFC), and developed for this application. The concept has been evaluated on bone samples with differing chemical composition but never before in a hospital on patients.

Professor Pavel Matousek, STFC physicist, UCL Honorary Professor and lead inventor said: "The new method effectively suppresses otherwise blinding interfering signals from skin, making it possible to see subtle chemical changes within all the components of bone through the skin, without the need for biopsies. The new approach is also able to provide far more information than conventional X-ray based systems that are limited to the mineral components alone."

The research has been made possible by a £1.7 million grant awarded by the Engineering and Physical Sciences Research Council (EPSRC) and through an ongoing partnership with UCL which demonstrated the feasibility of applying this technology to bone composition and with the Royal National Orthopaedic Hospital (RHOH) in Stanmore, Middlesex where the first trials will take place.

The Institute of Orthopaedics and Musculoskeletal Science is closely associated with, and is on the site of, the Royal National Orthopaedic Hospital Trust (RNOHT).

Although remaining a Centre of Excellence in its own right within UCL, the Institute is working to extend the close association with the RNOHT and can be seen as an important link between the clinical activities of the RNOHT and the advancement of knowledge in basic science of skeletal tissue from UCL. The mission is to provide solutions to clinical problems by sound scientific research and to develop and evaluate new strategies for prevention, diagnosis, treatment and management of musculoskeletal disease in partnership with the RNOHT.