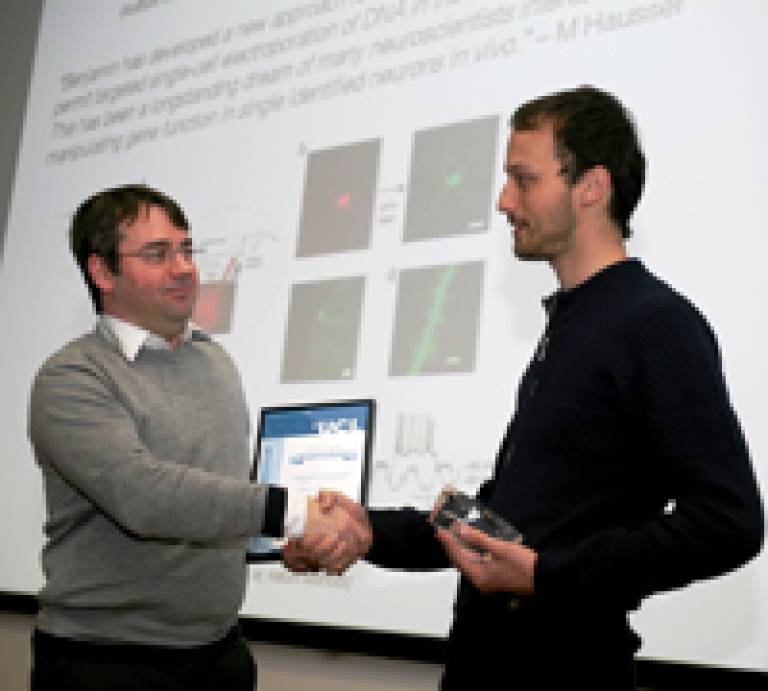 Judkewitz was recognised for his new approach for using two-photon microscopy to permit targeted single-cell electroporation of DNA in the intact mammalian brain. This was a longstanding goal of many neuroscientists looking into how to manipulate gene function in single identified neuros in vivo.

Judkewitz's approach, which has recently been a published in a co-written paper in the journal 'Nature Methods', enables the investigation of the function of a particular gene in single neurons, isolated from the rest of the network.

The award, sponsored by neurophysiological software and electrical products specialist Brain Products, rewards outstanding contributions to the neuroimaging field by a young investigator at UCL.

Judkewitz was nominated by Professor Michael Hausser, UCL Professor of Neuroscience, who said: "This is a major advance in neuroscience which uses neuroimaging to solve a longstanding problem.

"Benjamin has been very generous in teaching the technique to others, including colleagues and competitors from labs around the world, and is currently involved in several projects which take advantage of the approach he has developed."