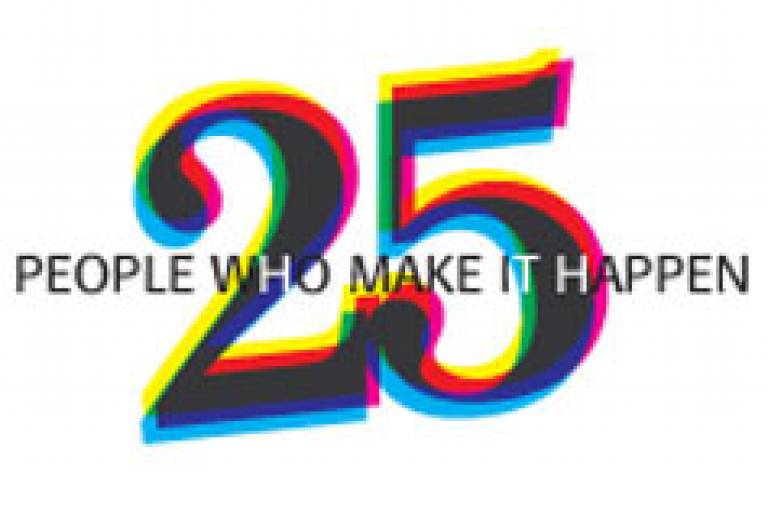 Professor Peter Coveney (UCL Chemistry), Director of the Centre for Computational Science (CCS), has been named as one of the top 25 most influential figures in engineering and technology.

'Engineering & Technology', a magazine affiliated with the Institution of Engineering and Technology (IET), commended Prof Coveney's pioneering work in computational science that combines computer grids to simulate the effect of drugs on human metabolisms.

Prof Coveney commented: "I am honoured and delighted to have been included in this prestigious top 25 list. It provides recognition for our work at the Centre for Computational Science, draws attention to the immense strategic significance of the Virtual Physiological Human (VPH) initiative, and is a testament to the exceptionally fertile interdisciplinary atmosphere so strongly fostered at UCL."

The research undertaken by Prof Coveney and his team will enable scientists to progress beyond the current clinical management of HIV-positive patients whose existing drugs regimens are based on available viral and patient data. The CCS is developing a computational method that can both model and predict the efficacy of HIV treatment and the likelihood of drug resistance development in individual patients.

Prof Coveney's recent work on a group of projects based on 'Genius' - grid-enabled neurosurgical imagining simulation - was also highly praised. One application of this system traffics brain scans to a network of supercomputers, whose combined processing power generates a 3D model of the blood flow patterns in a patient's brain vasculature (the network of blood vessels). Using software written by Prof Coveney and UCL student Marco Mazzeo, the system then displays representations of critical blood vessel parameters. These models, generated just before an operation, would also let doctors test the outcome of an intervention before doing it.

The software forms part of a wider research effort to model organs or body systems under the umbrella of the VPH project.

UCL Context: Prof Peter Coveney
Prof Coveney holds a Chair in Physical Chemistry and is Director of the Centre for Computational Science (CCS) within UCL Chemistry. He is also co-Director of the UCL e-Science Centre of Excellence and holds an Honorary Professorship in Computer Science, also at UCL. Prof Coveney is currently leading the large EPSRC RealityGrid e-Science Pilot Project which is funded from 2001 through to 2009 by a Platform Grant.

Find out more about Prof Coveney's 'Genius' and imaging simulation and the virtual human in drug simulation.