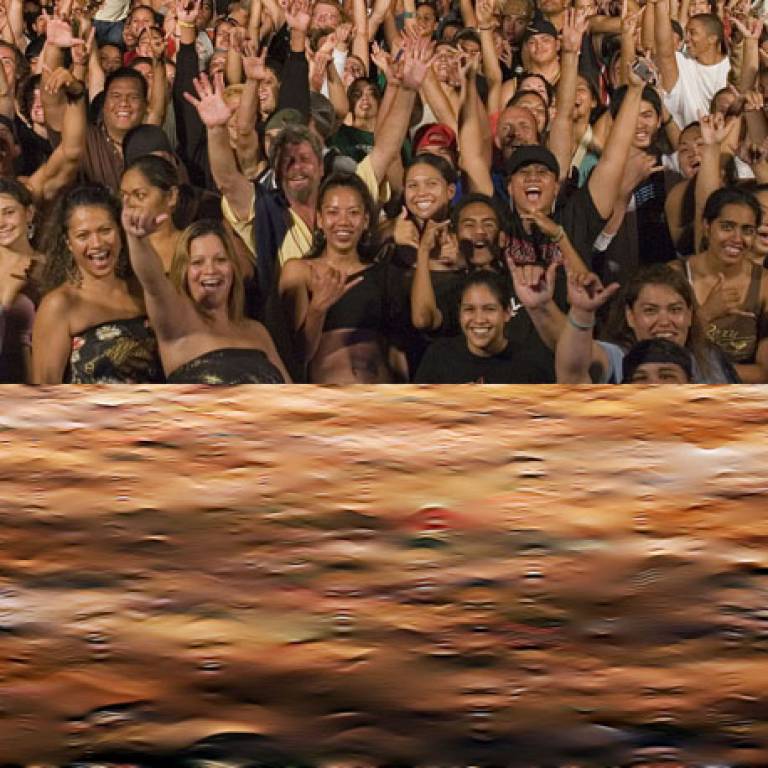 Our faces contain 'barcodes' of information which help us recognise people and may have implications for improving face recognition software, according to a study co-authored by Dr Steven Dakin of the UCL Institute of Ophthalmology published today in the Journal of Vision.

Faces are unique in their ability to convey a vast range of information about people, including their gender, age, and mood. For social animals, such as humans, the ability to locate a face is important as this is where we pick up many of our cues for social interactions.

While recognising a person's face is a complex process, the first steps to processing visual information in the brain are thought to be more basic and to rely on the orientation of features such as lines.

By manipulating images of the faces of celebrities such as Coldplay's Chris Martin (incidentally, a UCL Greek & Latin alumnus) and actor George Clooney, Dr Dakin and Professor Roger Watt from the University of Stirling showed that nearly all the information we need to recognise faces is contained in horizontal lines, such as the line of the eyebrows, the eyes and the lips. Further analysis revealed that these features could be simplified into black and white lines of information - in other words, barcodes.

"Exposed skin on our forehead and cheeks tends to be shiny whilst our eyebrows and lips and the shadows cast in the eye sockets and under the nose tend to be darker," said Dr Dakin. "The resulting horizontal stripes of information are reminiscent of a supermarket barcode."

Supermarket barcodes were developed as an efficient way of providing information: straight, one-dimensional lines are far easier to process than two-dimensional characters such as numbers. In a similar way, our faces may have evolved to allow us to convey effectively the information needed to recognise them.

The researchers analysed various natural images, such as flowers and landscapes, and found that faces are unique in conveying all their useful information in horizontal stripes. The barcode pattern has many advantages: it can be recognised efficiently by the visual parts of the brain; is easy to locate in complex scenes; and appears to be resistant to changes in the overall appearance of the face.

Dr Dakin believes the research may have implications for improving face recognition software, for example, for use at an airport where police may need to locate a suspect in a crowd on CCTV cameras. The ability of such software to recognise individuals has improved vastly, but is still poor at the first step: locating faces in complex scenes.

"To improve face recognition software, we need to look towards biology and see how we have solved the problem," Dr Dakin said. "If we are looking for barcode-like images to tell us that 'this is a face', then software could be developed to mimic this skill."

The research may also help explain our ability to see faces where they do not exist, for example in clouds or in flames.

"Our faces are fairly symmetrical, and it is this symmetry that creates horizontal patterns," explains Dr Dakin. "Local symmetry can occur in natural phenomena, such as fire, and it could be that our brains recognise a barcode when a face isn't really there."

The UCL Institute of Ophthalmology conducts cutting-edge science, attracting research workers of the highest international calibre. The 2008 Research Assessment Exercise once more confirmed the outstanding quality its research: the entire institute was returned as part of UCL's submission to Unit of Assessment 4, which scored extremely highly with 40 percent of investigators ranked 4* (world-leading) together with a further 30 percent ranked as internationally excellent. The institute is involved in graduate training of research students, with contributions to UCL undergraduate and taught graduate teaching increasing each year.

Stem cell research podcasts: the science, the methods and the applications