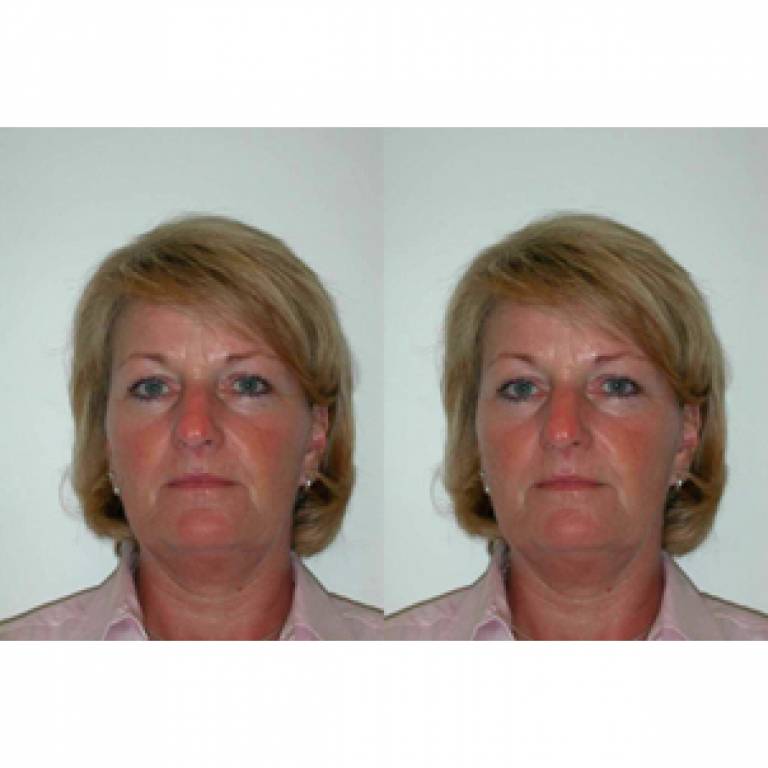 Patients with schizophrenia are able to see correctly through the 'hollow mask' illusion, probably because their brain disconnects 'what the eyes see' from what 'the brain thinks it is seeing', according to a study by the UCL Institute of Cognitive Neuroscience and the Hannover Medical School in Germany published today.

People with schizophrenia, a mental illness affecting about one per cent of the population, are known to be immune to certain vision illusions. The latest study confirms that patients with schizophrenia are not fooled by the 'hollow mask' illusion, and that this may relate to a difference in the way two parts of their brains communicate with each other - the 'bottom-up' process of collecting incoming visual information from the eyes, and the 'top-down' process of interpreting this information.

The study used a variation on the three-dimensional 'hollow mask' illusion above. During the experiment, 3D normal faces and hollow faces were shown to patients with schizophrenia and control volunteers while they lay inside an fMRI brain scanner, which monitored their brain responses.

Dr Jonathan Roiser, UCL Institute of Cognitive Neuroscience, says: "Our findings also shed light on studies of visual illusions which have used psychomimetics - drugs that mimic the symptoms of psychosis. Studies using natural or synthetic tetrahydrocannabinol (THC), the ingredient of cannabis resin responsible for its psychotic-like effects, have found that people under the influence of cannabis are also less deceived by the hollow mask illusion.

"It may be that THC causes a temporary 'disconnection' between brain areas, similar to that seen in patients with schizophrenia, though this hypothesis needs to be tested in further research."

To read more about this research, follow the links at the top of this article.

Image: Volunteers in the study were asked to focus on the line dividing the two images of the woman above, which then merged to form a 3D effect.

UCL Context
The UCL Institute of Cognitive Neuroscience is an interdisciplinary research institute. Its researchers study mental processes in the human brain, in health and disease, and in adults and children.