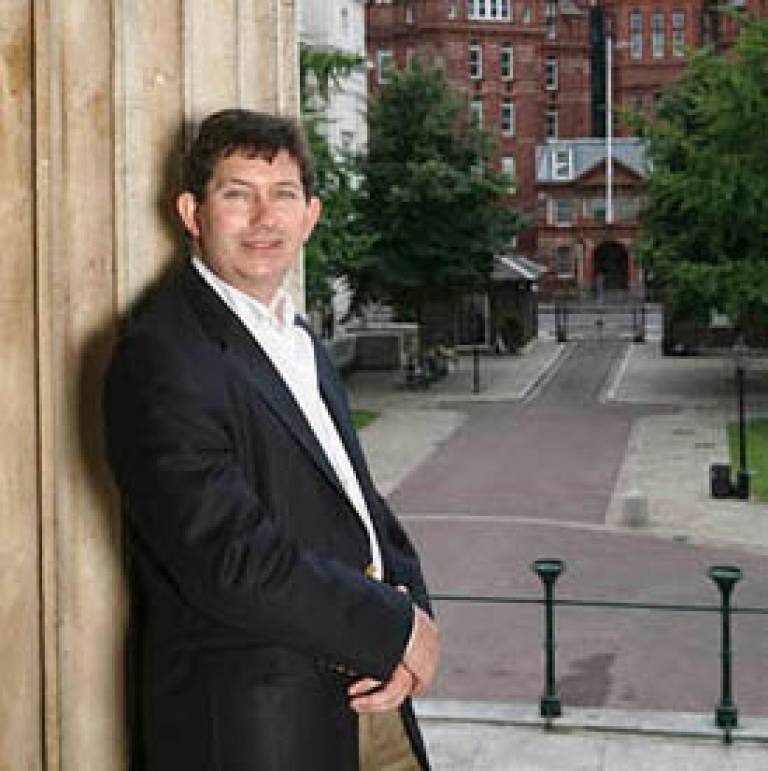 A pioneering UCL-backed project to prevent cancer among the women most at risk of catching the disease gets underway in Mill Hill today.

A local branch of high street chemist Boots has supplied space to researchers from the UCL Institute for Women's Health.

The institute's Gynaecological Cancer Research Centre is in the pilot phase of its Genetic Cancer Prediction through Population Screening project (GCaPPS), which aims to identify members of the Ashkenazi Jewish population at high risk of breast, ovarian and prostate cancer. It will offer them options for early detection and prevention of developing cancers or passing the genetic risk on to their children.

In this first part of the project, the team will offer counselling and will collect blood samples from women in the Mill Hill area.

The team will test 1,000 people during the pilot phase and plans to test a further 9,000 people in its core phase next year and the researchers will continue to monitor the participants over three years.

One in 40 Ashkenazi Jews carry BRCA1 and BRCA2, mutations of the BRCA gene that increase the chances of developing one of these cancers - around 10-20 times higher than among the rest of the general population.

The project is the first randomly controlled trial to screen for cancer in these genes among the whole Ashkenazi Jewish population, regardless of family history of cancer.
It is also the research trial of its kind to bring together a world class research centre and a major high street retailer.

Boots supports The Eve Appeal, which funds research into gynaecological cancers, particularly ovarian cancer, and will also produce information and educational materials for the GCaPPS project.

Professor Ian Jacobs, Director of the UCL Institute for Women's Health and principal investigator for the GCaPPS project, said: "There is the possibility that in due course, this approach will lead to a reduction in the number of cancers within the community.

"The data from GCaPPS will provide the basis for informed decision-making about the introduction of BRCA population testing in the Ashkenazi Jewish community and other populations.

"Before taking such a major step, we need to be confident that the benefits of this sort of testing outweigh the disadvantages and that is the reason for conducting this important and complex research study."

Jewish organisations including Jewish Care and Norwood are supporting the project.

About the UCL Institute for Women's Health
The institute is named after Elizabeth Garrett Anderson, a pioneer of women's rights in medicine and society, who became the first female doctor in the UK in 1865. Seven years later, she founded the first British hospital for women in London - which adopted her name after death and which is now based at UCLH.

Today, the institute specialises in research, clinical care, education and training in every aspect of women's physical and mental health.

The UCL Institute for Women's Health is a priority for the Campaign for UCL. If you are interested in finding out about supporting the institute, please contact Kate Turner; +44 (0)20 7679 9784.