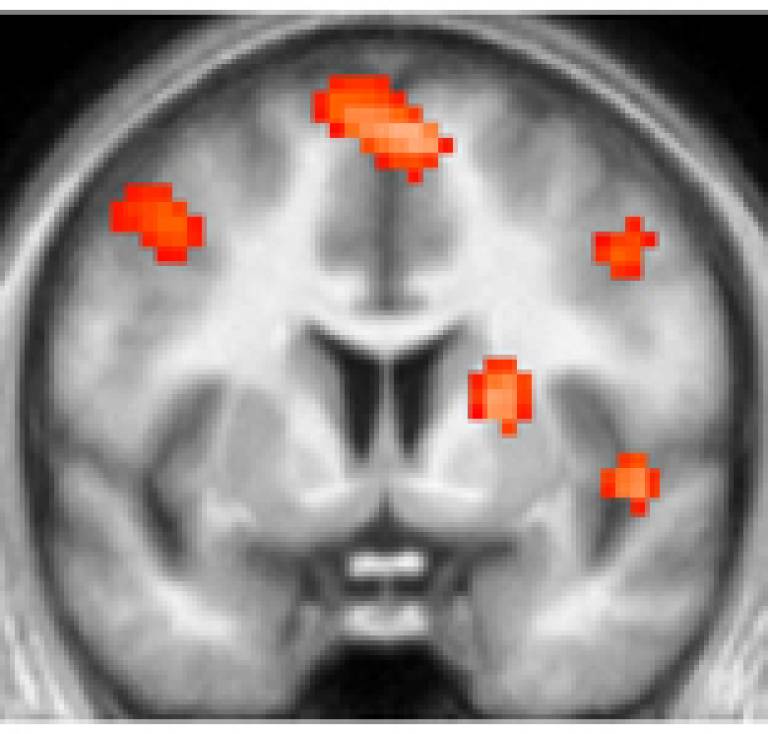 People who view pictures of someone they hate display activity in distinct areas of the brain that, together, may be thought of as a 'hate circuit', according to new research by scientists at UCL.

The study, by Professor Semir Zeki and John Romaya of the Wellcome Laboratory of Neurobiology at UCL, examined the brain areas that correlate with the sentiment of hate and shows that the 'hate circuit' is distinct from those related to emotions such as fear, threat and danger - although it shares a part of the brain associated with aggression. The circuit is also quite distinct from that associated with romantic love, though it shares at least two common structures with it.

The results, published today in 'PLoS One', are an extension of previous studies on the brain mechanisms of romantic and maternal love from the same laboratory. Explaining the idea behind the research, Professor Zeki said:

"Hate is often considered to be an evil passion that should, in a better world, be tamed, controlled, and eradicated. Yet to the biologist, hate is a passion that is of equal interest to love. Like love, it is often seemingly irrational and can lead individuals to heroic and evil deeds. How can two opposite sentiments lead to the same behaviour?"

To compare their present results with their previous ones on romantic love, Zeki and Romaya specifically studied hate directed against an individual. Seventeen subjects, both female and male, had their brains scanned while viewing pictures of their hated person as well as that of neutral faces with which they were familiar. Viewing a hated person showed activity in distinct areas of the brain that, together, may be thought of as a 'hate circuit'.

The 'hate circuit' includes structures in the cortex and in the sub-cortex and has components that are important in generating aggressive behaviour, and translating this into action through motor planning, as if the brain becomes mobilised to take some action. It also involves a part of the frontal cortex that has been considered critical in predicting the actions of others, probably an important feature when one is confronted by a hated person.

The subcortical activity involves two distinct structures, the putamen and insula. The former, which has been implicated in the perception of contempt and disgust, may also be part of the motor system that is mobilised to take action, since it is known to contain nerve cells that are active in phases preparatory to making a move.

Professor Zeki added: "Significantly, the putamen and insula are also both activated by romantic love. This is not surprising. The putamen could also be involved in the preparation of aggressive acts in a romantic context, as in situations when a rival presents a danger. Previous studies have suggested that the insula may be involved in responses to distressing stimuli, and the viewing of both a loved and a hated face may constitute such a distressing signal.

"A marked difference in the cortical pattern produced by these two sentiments of love and hate is that, whereas with love large parts of the cerebral cortex associated with judgment and reasoning become deactivated, with hate only a small zone, located in the frontal cortex, becomes deactivated. This may seem surprising since hate can also be an all-consuming passion, just like love. But whereas in romantic love, the lover is often less critical and judgmental regarding the loved person, it is more likely that in the context of hate the hater may want to exercise judgment in calculating moves to harm, injure or otherwise extract revenge.

"Interestingly, the activity in some of these structures in response to viewing a hated face is proportional in strength to the declared intensity of hate, thus allowing the subjective state of hate to be objectively quantified. This finding may have legal implications in criminal cases, for example."

Unlike romantic love, which is directed at one person, hate can be directed against entire individuals or groups, as is the case with racial, political, or gender hatred. Professor Zeki said that these different varieties of hate will be the subject of future studies from his laboratory.

To find out more about UCL Neuroscience, use the link at the top of the article.