What baboons can teach us about politics 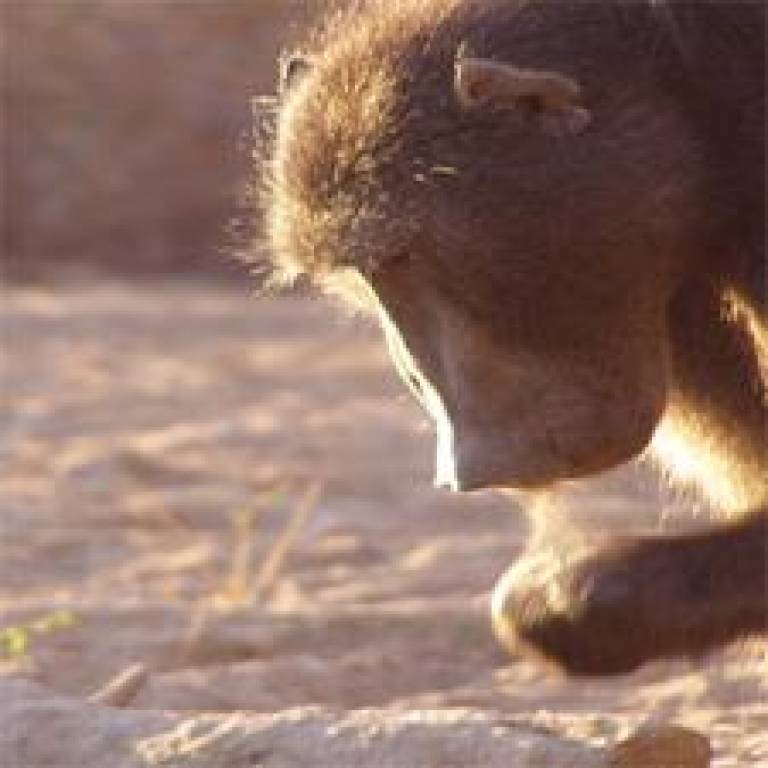 Researchers from UCL and the Institute of Zoology (ZSL) have discovered that when it comes to what's for dinner, baboon society is no democracy. In decisions about where to eat, baboons don't all have an equal say, according to a report in the 20 November issue of 'Current Biology'. Rather, most baboons in a group will follow their leader to a dining spot of his choosing, even if it means a considerably more meagre meal for themselves than they could have had otherwise.

Andrew King of UCL Anthropology and the Institute of Zoology compiled the report, which has also been covered in the 'New Scientist', with four colleagues from the Institute and the CNRS-Institut des Sciences de l'Evolution, Université Montpellier (France). The researchers argue that the findings challenge those theories which have predicted that 'democratic' rather than 'despotic' decisions will be widespread among social animals because they should result in the lowest costs to individuals. "What leaders want and what groups are actually willing to do is a conflict faced in every workplace," says King. "Leadership in baboons appears to work, for the very reason that leaders can provide considerable benefits to followers. Despite short-term costs - in this case, less food - followers may gain considerable long-term benefit, such as reduced risk of being eaten by a leopard."

What is particularly interesting about this is, that while the new findings offer important new insight into baboon society, they may also lend us insight into principles of leadership in our own lives and in the business world.

King explains: "We tend to think of ourselves as unique in the Animal Kingdom, but other animals can also show complex social patterns of despotism and democracy, and there may be much that we can learn and benefit from in understanding these natural patterns of leadership. Trying to understand how primates like baboons make group decisions, how leaders emerge, and why followers, well, follow them, may well help us identify how our ancestors acquired the psychological foundations upon which modern leadership appears to be based." Ultimately, he added, research like this might also explain why leadership so often fails.

In the study, the researchers supplied wild baboons with experimental food patches which were arranged to create highly skewed foraging benefits amongst group members relative to naturally occurring food resources, and thus offered consistent incentives for a minority of dominant individuals to lead and resulted in consensus costs for the majority of followers.

Both baboon groups tested consistently visited the experimental food patch in preference to natural patches, indicating that despotic group decisions were the norm; and the baboons who followed the leader most closely were the leader's closest 'friends' - that is, the individuals the leader spent most time grooming and being groomed by. The study therefore suggests that following the leader may produce other advantages that come with strong social ties. For instance, for females with young infants, close association with leaders may increase infant survival as males will protect the offspring from the risk of infanticide by other males, King said. Other followers may gain similar protection as the more formidable, dominant males chase off would-be predators.

King has been researching the behavioural ecology of group-living species, with a special interest in coordinated behaviour and decision-making in social groups, desert baboon behaviour, and captive animal welfare. In January, he will be starting a postdoctoral project at the Institute of Zoology which "will be investigating leadership and group decision-making from an evolutionary perspective, and will involve theoretical modelling and comparisons of baboon and human behaviour".

More to come, then.