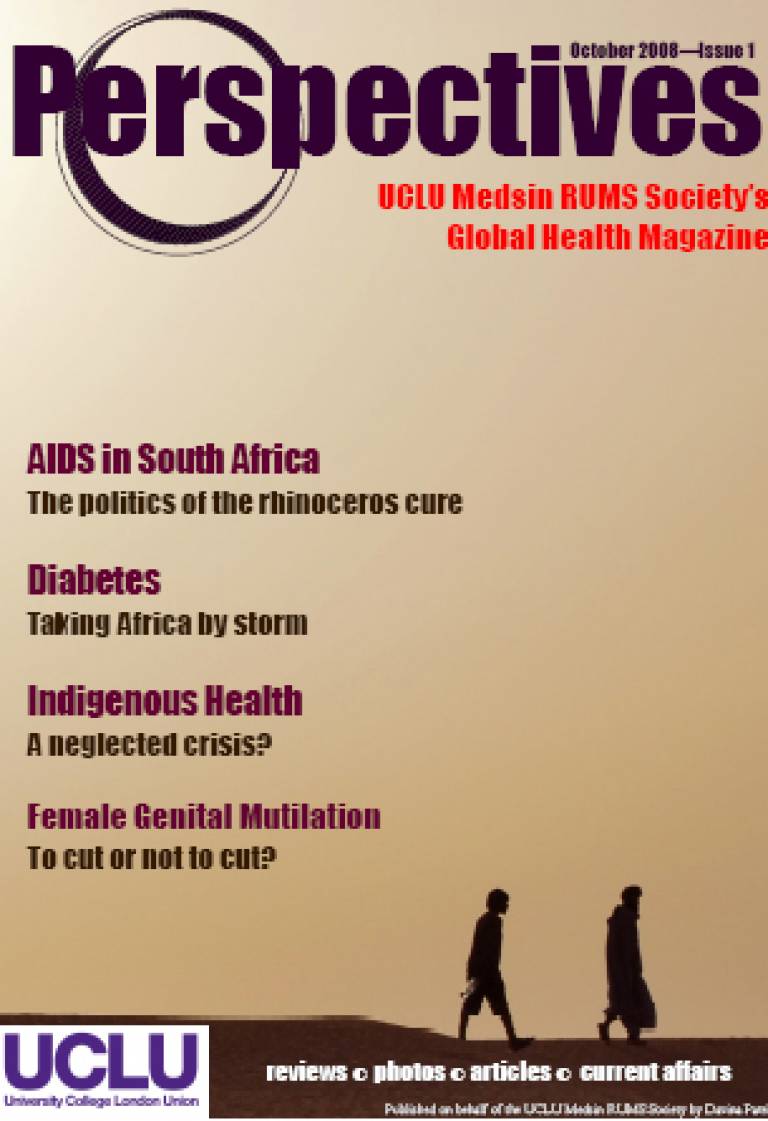 Rachel Scott, a third-year UCL Human Sciences student and contributor to UCL student global health magazine 'Perspectives', asked him about the Global Fund and the need for a more partnership based approach in tackling global health issues.

How is the Global Fund different from other large international health institutions?

The Global Fund is a financing mechanism that the international community put in place in 2002 to fight for Millennium Development Goal 6 [to combat HIV/AIDS, malaria, and other diseases]. The Global Fund raises funds with the international community ­­- especially G8 governments but also other donors, both public and private. The Global Fund is not a top-down mechanism. It launches calls for offers, receives requests, and the requests are reviewed by an independent review panel of experts. The best proposals are then accepted for funding and the Global Fund transfers the money to these countries that they can implement their own nationally owned programs to fight AIDS, TB and malaria.

The role of the Global Fund is therefore very specific, to fund access to treatment and prevention. It is responsive to country requests rather than deciding top-down where the money should go; it is science-based as everything we do is reviewed by an independent technical review panel; and finally it is very inclusive as a key principle - on the governing board, as well as when it comes to who at the country level will put in an application to the Global Fund, we include civil society as well as the public and private sectors.

What do you think is the role of universities in tackling global health issues, especially with regard to the interdisciplinary approach of UCL's Institute for Global Health?

I think we're only at the beginning of academics in global health. Although now it seems like a natural concept, it took a lot of time to bring multidisciplinary teams together. The first time I was confronted with that was in 1998 when I was Director of the National Agency for AIDS Research in France, and we were subcontracted by UNAIDS to evaluate the first experience of access to ARV (antiretroviral) drugs in the four pilot countries of the trial: Uganda, Cote d'Ivoire, Viet Nam and Chile. We tried to bring together clinicians, sociologists, psychologists, epidemiologists and statisticians, and the result was actually very poor, as people were not used to each other's languages.

The multidisciplinary concept is actually one of the last four to five years, and is still very slow. Just last week I attended a meeting on future investments in innovative health technologies, and people were talking about how in designing clinical trials in developing countries you should involve the community and a multidisciplinary team. However it was still a very top-down approach, with the people in the developing countries not considered real and true partners, and where the important thing at the end is the success of the trial and the papers that come out of it, rather than the community where things happen.

What impact do you think Obama's election will have on the global health agenda?

In the US, global health is very much what people call a bipartisan issue. PEPFAR 2, the bill passed by President Bush earlier this year and which opens the funding for AIDS, TB and malaria to close to €55bn for the next five years, was endorsed by both Obama and McCain. What I am looking forward to is a much more multilateral approach from the Obama administration, and I expect that a number of the restrictions that the Bush administration has placed on sexual and reproductive health, working with prostitution and with addicts, and on needle exchange, will disappear. I would certainly welcome more of a partnership type of approach in the multilateral system but I must say that the American congress has really behaved as one throughout the last eight years, to be really very supportive of international health.

Rachel Scott writes for the new UCL Global Health Magazine, 'Perspectives'. Launched this year, 'Perspectives' is entirely student-led and aims to raise awareness and provoke debate among the UCL community on the wider determinants of health. It is a part of Medsin, a wide network of students with an interest in health, whose activities aim to promote health as well as to act upon and educate students about health inequalities in our local and global communities. Issue 2 of 'Perspectives' will be released on 8 December 2008. To find out more visit www.uclmedsin.co.uk.