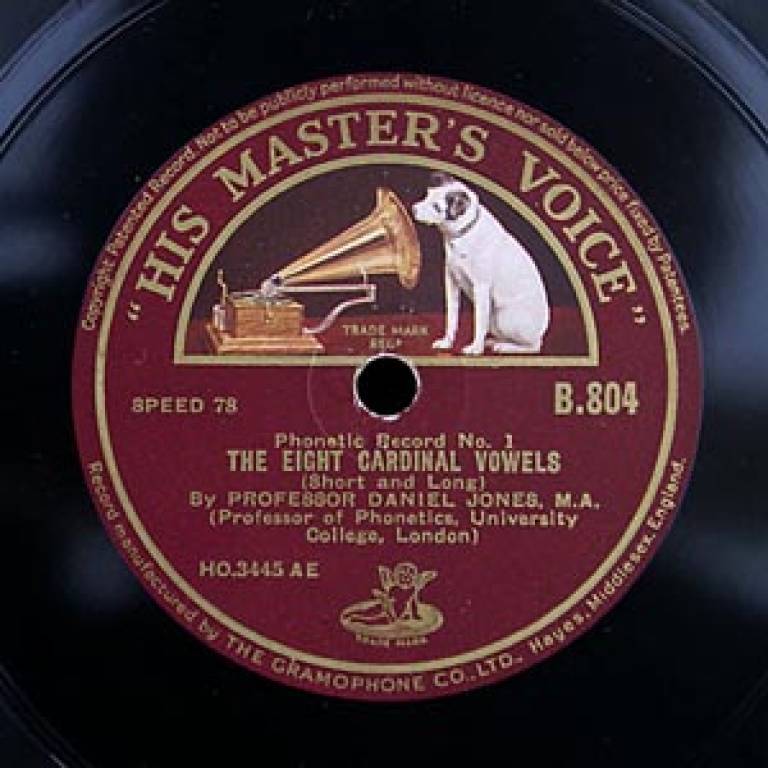 The collection, which dates predominantly from the inter-war period of the twentieth century, includes both commercial and unpublished recordings, covering lectures, performances, and extensive teaching materials for English and many other languages. Professor Daniel Jones, founder of UCL Phonetics, is strongly represented, as are various colleagues who were to be seminal figures in their own right, including JR Firth, who was to hold the first Linguistics chair in Britain, at the School of Oriental and African Studies.

Unheard for generations, the records were locked in cupboards of the department's Gordon Square premises until Steve Nevard, Experimental Officer in the department, and Michael Ashby, Senior Lecturer in Phonetics, began to examine them in preparation for the department's move into new accommodation. It quickly became apparent that the collection was of international importance, and they made contact with Jonnie Robinson, a Content Specialist at the British Library.

Phonetics research students Angelos Lengeris and Young Shin Kim compiled a detailed catalogue, enabling Joanne Sweeney, also a Content Specialist at the British Library, to confirm that a significant proportion of the UCL collection was apparently unknown in the Sound Archive.

Digital transfers of selected recordings were played by Michael Ashby at a colloquium of the British Association of Academic Phoneticians in Sheffield in April 2008, exciting great interest. He commented: "Cataloguing this collection, and conserving it for posterity, are important first steps. The next stage, in conjunction with our British Library colleagues, will be to seek funds to accelerate the restoration and digitisation of the recordings, and to make them widely available by building web interfaces for teaching and research."