A Myth of the Chemical Cure: A Critique of Psychiatric Drug Treatment 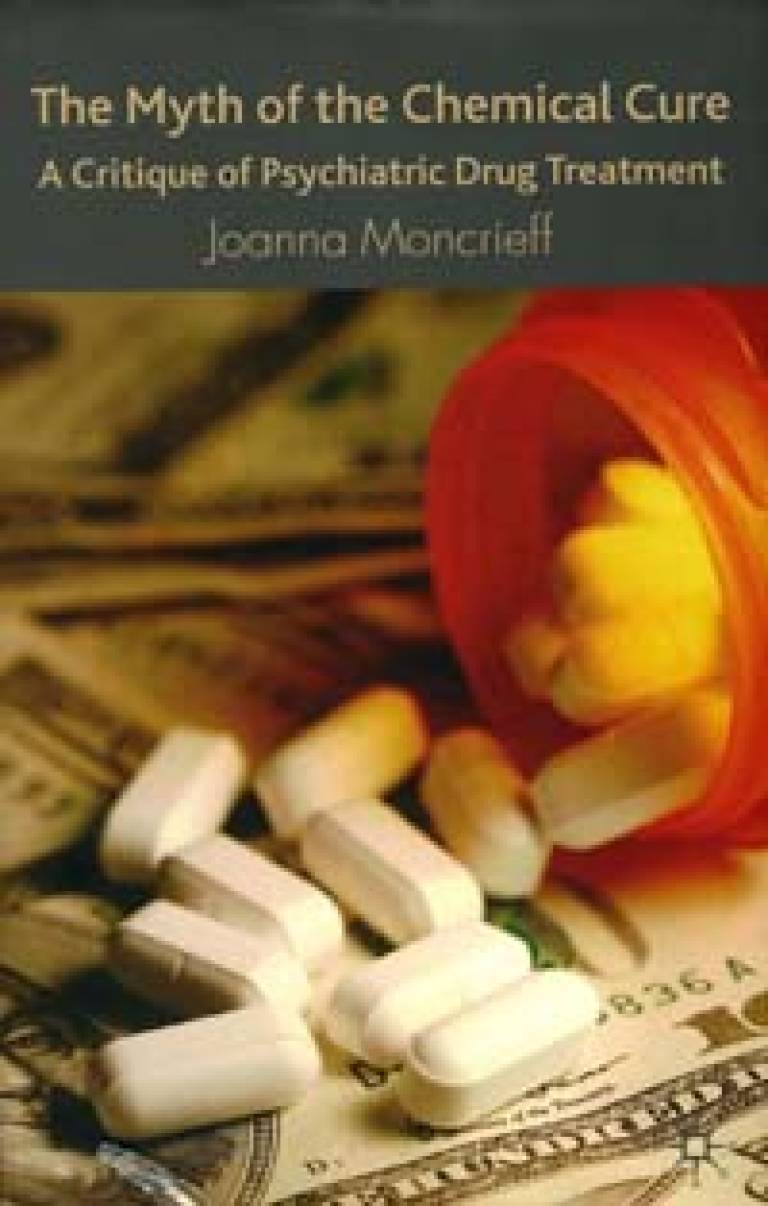 Those who have read with interest this week that antidepressant drugs such as Prozac may not be effective - despite their widespread prescription - can learn more from a researcher within UCL Mental Health Sciences.

'A Myth of the Chemical Cure' (Palgrave Macmillan) by academic and clinician Dr Joanna Moncrieff exposes as fraudulent the claims that psychiatric drugs correct chemical imbalances.

Step by step, Dr Moncrieff's book explains how the notion of a chemical cure is fatally flawed, because psychiatric drugs do not work by treating diseases of the brain. While drugs developed for physical disease interact with a defined disease process, in the case of psychiatry, there is no good evidence that drugs work in this way, argues Dr Moncrieff.

In fact, argues Dr Moncrieff, psychiatric drugs 'work' by creating abnormal brain states, which are often unpleasant, and which impair normal intellectual and emotional functions, along with other harmful consequences.

This misleading situation, says Dr Moncrieff, has arisen because it serves the interests of the psychiatric profession, the pharmaceutical industry and the modern state. Over time, these interests have led to a distortion of knowledge, deluding society since the 1960s that a 'chemical cure' is possible in psychiatry.

She demonstrates how the research literature paints a far less positive picture of the effectiveness of psychiatric drug treatment than is generally supposed.

Dr Moncrieff has been a lead commentator in this week's widely reported stories about the inefficiency of Prozac and other bestselling antidepressants - although the stories about the overall lack of evidence for these drugs are no revelation to her.

In a comment piece for 'Guardian Unlimited', Dr Moncrieff comments: "What is interesting is that [this] research is being picked up now. He first published this data in 2002, at which point there was little general interest. This may be something to do with the fact that most antidepressants are now off patent in Europe and the US. Currently, drug companies are making bigger profits from atypical antipsychotics and the fashionable diagnosis of the moment is no longer depression but bipolar disorder."

To find out more about 'A Myth of the Chemical Cure', or to read Dr Moncrieff's comment piece, use the link at the top of the article.