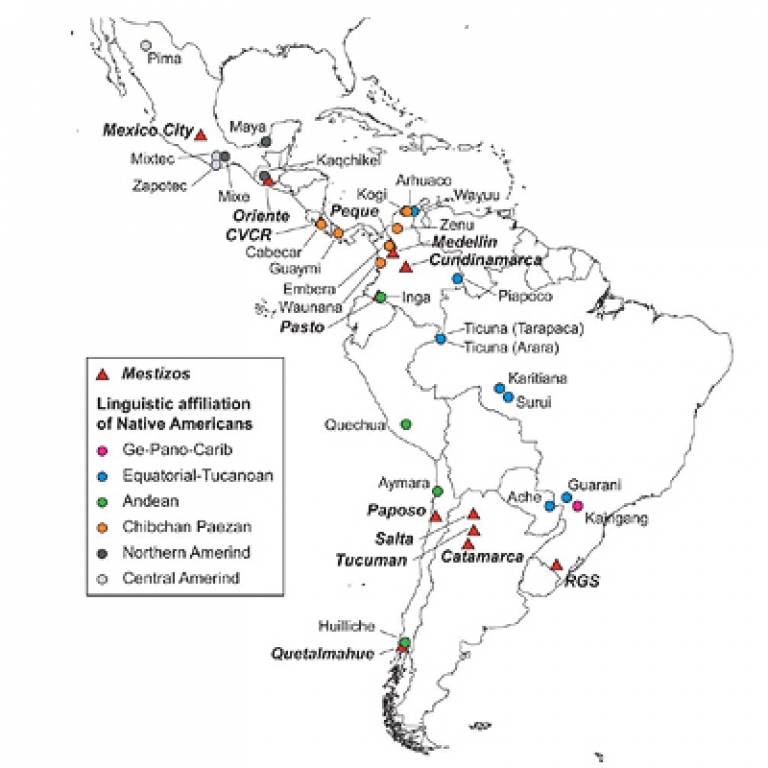 An international study of ancestry across Latin America led by Dr Andres Ruiz Linares (UCL Biology) published today in the journal 'PLoS Genetics' provides the first broad description of how the genetic diversity of populations from Latin America has been shaped by the colonial history of the region.

The scientists examined the genetic make-up of hundreds of people from 13 'mestizo' populations - those of mixed Spanish and Native parentage - from seven Latin American countries. They found that although colonisation took place around 500 years ago, Latin Americans still retain the genetic heritage of the local Native populations, many of which are now extinct, who mixed with the immigrants, despite high levels of social mobility.

The results showed that it was mostly Native and African women, and European men who contributed genes to the following generations. They also identified marked similarities between the Native component of Mestizo populations and the Native component of Native populations that live relatively nearby. For example, the people of Paposo in Northern Chile is markedly more similar in gentic terms to their neighbouring Aymara than to any other Native population.

To find out more about the research or to read the paper in full, follow the links at the top of this article.

Image: The approximate geographic location of Mestizo populations and of Native American populations considered in the study