DAISY gets debut in the Commons 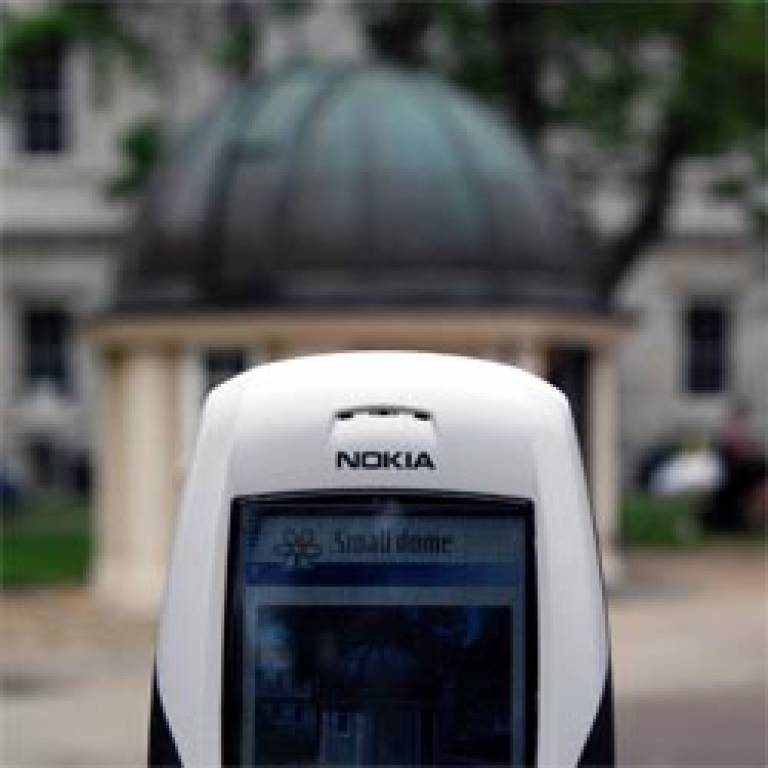 DAISY, the Dynamic Assistive Information System, developed by researchers in the UCL Accessibility Research Group, has been demonstrated to parliamentarians at a House of Commons reception. The system has been selected as one of the first projects for ATCare, an organisation that will fund the transition of research outcomes in assistive technology towards launch as commercial products, which was launched at the event.

DAISY is designed to provide a highly accurate positioning system that shows images of locations as well as maps and directions. It is particularly aimed at people with learning disabilities, for whom going out on new journeys and following directions can be a confusing experience.

Conventional GPS systems, such as SATNAV, are not accurate enough for use by pedestrians. Even an error as small as a few metres can mean that someone is on the wrong side of the street - and an instruction to 'turn left', for example, could lead to them going in completely the wrong direction.

Research conducted with people with learning difficulties showed that many found it interesting to look at an object together with a photograph and to manoeuvre themselves so that the two look the same. In this way, using images of places sent to mobile phones, it is possible to be sure of where a person is to within a metre, and to know which direction they are facing. Using this approach, DAISY can tell the user which way to go next. 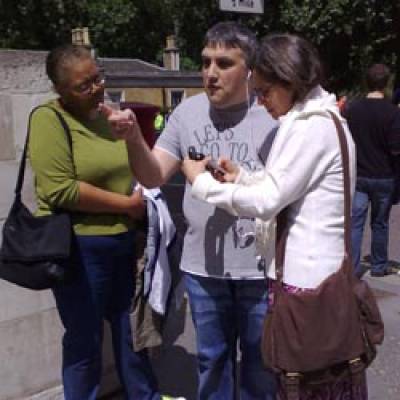 The system was successfully trialled at the Grand Départ of the Tour de France, which took place in London last summer. An end user with learning difficulties tried out the system for a journey he had never experienced before. When he got to the end, DAISY told him he had arrived, and he realised it had been the first time he had ever explained to his carer where they should be going.

Other potential applications of the system could be for indoor areas where GPS may be less effective, such as a complicated railway station, or for specialist purposes, such as navigating between sites at the 2012 London Olympic games.

DAISY was funded by the Engineering & Physical Sciences Research Council and the Department for Transport, with support from Transport for London and UCL Business at the proof of concept stage.

Image 1: A mobile phone shows an image of the location, enabling the user to position themselves correctly and follow directions more easily.
Image 2: A DAISY user reaching the end of the route at the proof of concept trial at the Tour de France in London, July 2007