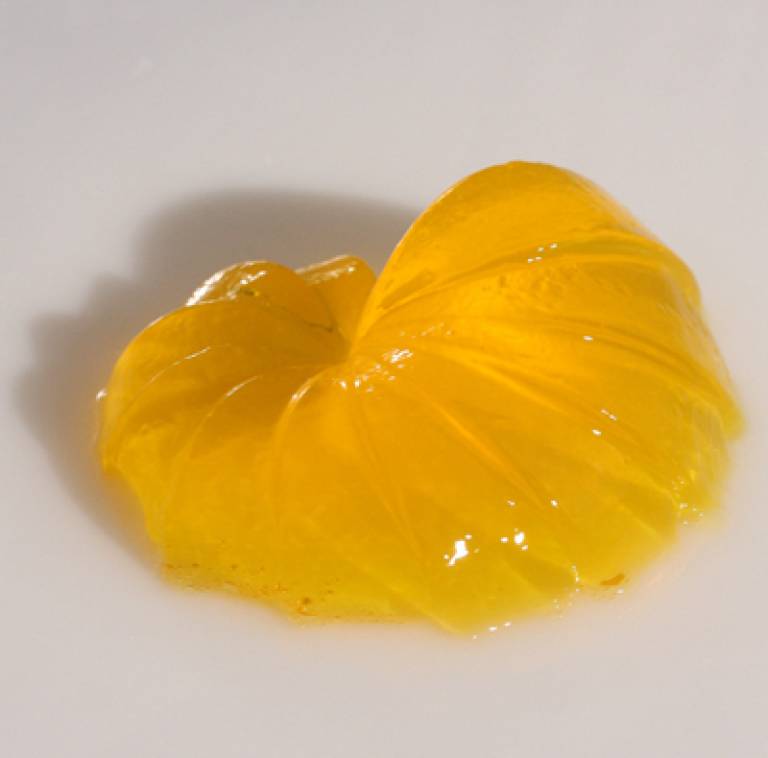 The sound of a jelly wobbling has been recorded for the first time ever in a soundproof chamber at UCL.

The recording is being turned into a soundtrack for an architectural jelly banquet to be hosted at UCL at 8pm on 4 July 2008. The event, run by Bompas and Parr as part of the London Festival of Architecture, will see a troupe of dancers deliver a spoon-based performance to the soundtrack sampled from wobbling jellies and a delicious aroma of strawberries, and will feature jelly wrestling and other festive frolics.

The ten shortlisted entries for an architectural jelly competition run by Bompas and Parr will be displayed at the banquet, at which the winner will be announced. The jellies, designed by world leading architects such as Rogers Stirk Harbour and Partners, Will Alsop, Grimshaw and Foster and Partners, include the ex-wobbly Millennium Bridge and the Eden Project. The entries will be judged on innovation, aesthetics and "wobble factor".

The soundtrack for the banquet is sampled from real jellies wobbled in one of UCL's anechoic chambers (acoustic rooms in which the walls are lined with sound-absorbent material) by sound artist Douglas Murphy. The jellies' oscillations are being measured with the aim of transforming these into soundwaves.

Douglas Murphy says: "It is refreshing to explore the sonority of a much neglected physical property: the wobble factor. Jelly entices us into a strange but compelling world of organic sounds. The sonic wobble is captured in two ways: by carefully recording the results of gentle coaxing and by expressing the wobble frequency as physically powerful base tones."

Professor Jonathan Ashmore, UCL Ear Institute, says: "Ear experts have been studying jelly for decades, for collagen - one of the starting ingredients of jelly - makes up the critical components of the inner ear. The way that collagen wobbles on a very small scale is what allows us to hear different notes."

Harry Parr, of Bompas and Parr, and a final-year student at the UCL Bartlett School of Architecture, says: "The shortlisted designs have pushed jelly structures to their very limits. Tucking into an architectural jelly at the banquet will be the supreme synthesis of form and taste, and promises to be quivering good fun."

Sam Bompas of Bompas and Parr and a UCL alumnus, noted: "The evening will start as an exhibition of architectural talent and will finish as an all-out party. Along the way we will explore our tastes and perceptions, dress up in food costumes, dance to two huge sound systems, crown the ultimate jelly architect and get messy with jelly wrestling."

To find out more about the banquet, use the link at the top of this article.