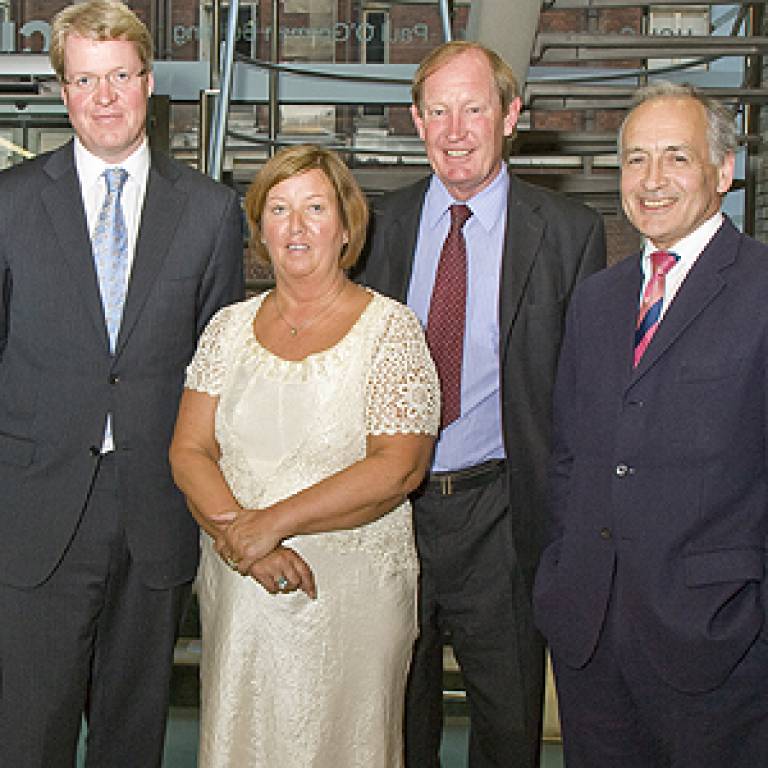 The fight against brain cancer has taken a major step forward with the opening of a new specialist research centre at UCL.

The centre, based at UCL's National Hospital for Neurology and Neurosurgery, was made possible with a charitable grant from the Samantha Dickson Brain Tumour Trust (SDBTT).

The charity was formed by Angela and Neil Dickson after the death of their daughter Samantha, aged just 16, in 1996. SDBTT has gone on to become the largest single funder of lab-based brain tumour research in the UK, turning over in excess of £1m per annum.

For the dedication ceremony, the Dicksons were joined by 70 invited guests and friends including Professor David Price, UCL Vice-Provost (Research), Earl Spencer and the television presenter Alastair Stewart, both patrons of the Trust.

Neil Dickson said: "'I want to thank UCL for sharing the charity's vision in addressing the critical lack of research funding into brain cancer.

"I anticipate the new Samantha Dickson Brain Cancer Unit will become a world class research centre and its link with the National Hospital and clinical expertise will enable new breakthroughs to be translated into better treatment for brain tumour patients.

"I also want to thank the many supporters of the charity here this evening who have been affected personally by this dreadful disease. Your support has been an inspiration to the charity and has allowed us to launch this major initiative."

SDBTT says that despite being the biggest killer of children, after accidents, and causing more deaths among the under 40s than any other cancer, brain cancer receives just a fraction of the funding of higher profile cancers and is killing more people than ever before, with 6,500 people are now diagnosed every year across the UK.

Paul Carbury, SDBTT's chief executive, said: "Humanitarian agencies often talk of the poverty trap. Brain cancer is the victim of a funding trap. There's a cycle of funding which sees much of the investment going to large, established research centres that represent the high profile cancers.

"In the absence of a nationally recognised facility on this scale, brain cancer has never been able to break this cycle and attract sufficient funding or academic talent. It's undoubtedly why we are still seeing such ignorance around the disease and its shocking mortality rates."

For more information on UCL Institute of Neurology, SDBTT and news items on the brain cancer unit click on the links above.