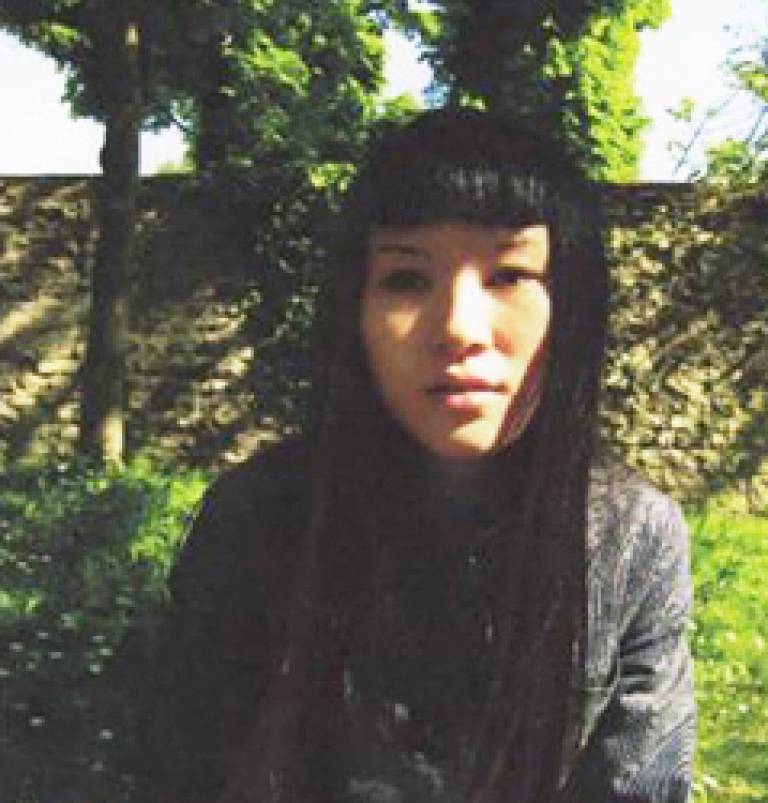 Aishan Yu, a postgraduate student at the UCL Slade School of Fine Art, has won a commission for an exhibition that will reflect the last days of the life of Jesus for St Andrew's church, Fulham Fields.

Aishan's proposal was selected from nine entries in a competition held by the UCL Slade School and St Andrew's. Her paintings will form an exhibition of the Stations of the Cross - Jesus' journey towards death following judgement by Pontius Pilate - at the church during Lent, which in 2008 runs from 6 February to 23 March. They will also be incorporated into the Stations of the Cross service held during this period.

Aishan plans that her paintings will blur the edges between representation and reality. All but one of them will be painted on the natural material she finds, such as wood, to reflect the idea that God creates all matter and is omnipresent. She has chosen to combine realistic figures with abstract backgrounds to convey the key message of each Station, while leaving a degree of 'imagination space' for viewers. The fifteenth and final Station, representing the resurrection of Jesus, will take the form of a projection of moving clouds on the ceiling of St Andrew's, which will interact visually with a sculpture in the church depicting the ascent of Jesus to heaven.

"The project has been really exciting for me, but also hard work," Aishan said. "Coming from China, I only had a small understanding of what the Stations of the Cross actually were, and it has been fascinating discovering the story and its significance today. Also, it's particularly exciting that the story seems to fit with some of the themes I am already dealing with in my work. I'm so happy to have won the competition and am looking forward to completing the works and installing them in the church."

The competition involved a high level of interaction between the student entrants and the parish. The judging panel was composed of art experts, from UCL and beyond, as well as people from the Fulham Fields area. Father Martin Eastwood, vicar of St Andrew's, said that the church had found the competition extremely fruitful and is delighted with Aishan's proposal.

Professor John Aiken, Director of the UCL Slade School of Fine Art, commented: "The history of art over several thousand years has been shaped by religious imagery. This has had a unique and powerful influence on how figuration, landscape, architecture and narrative have been represented and perceived by many generations of artists. I am in no doubt that Aishan will produce some excellent work. The competition has been a great success, representing an opportunity for students to extend their practice and relate their work to a new context and community."

The exhibition will open on Friday 1 February at 7.30pm, when Aishan will be presented with her prize of £1,000. The paintings will be available for purchase once the exhibition closes.

To reserve a place at the exhibition opening, email Father Martin Eastwood. To find out more about the competition, follow the links at the top of this article.

Images: Aishan Yu, winner of the St Andrew's commission, and one of her series depicting the Stations of the Cross