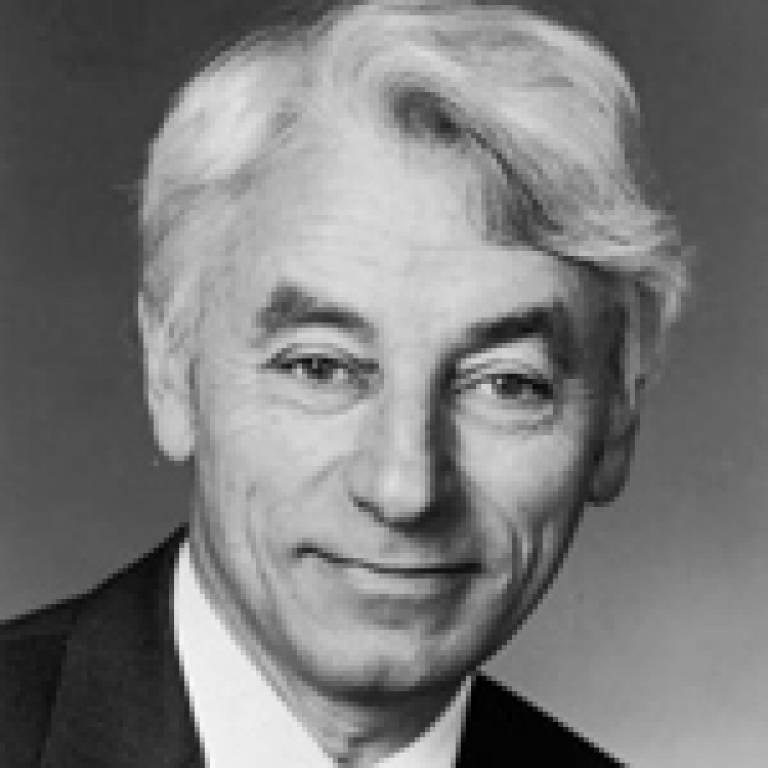 Sir Eric's connection with UCL spans over three decades, during which time he specialised in problems relating to physical electronics and ultrasonic signal processing and imaging. He won the Marconi Prize in 1984 "for leadership in electronic technology, including surface acoustic wave devices and optical fibre communications" and the Royal Society Royal Medal in 1986, in "recognition of his outstanding researches on acoustic microscopy leading to wholly new techniques and substantial improvements in resolution of acoustic microscopes".

The seminar 'From ripples to waves…then and now' was organised and introduced by Professor Polina Bayvel of UCL Electronic Engineering (1986, PhD 1989) as a tribute to Sir Eric's research and leadership. As well as being a pun on the address where Sir Eric has lived for 45 years, the event's title was intended to convey how far how many of Sir Eric's former students have gone in their careers. Five of these gave presentations at the seminar, four of whom went to UCL. Professor Richard De La Rue (UCL 1966, PhD 1972) - now at the University of Glasgow - spoke on the guiding and probing of acoustic waves. Professor Kumar Wickramasinghe (PhD 1974, Lecturer 1978-83) of the University of California, Irvine described the development of imaging systems in 'From Microscopes to DNA'. Dr Simon Bennett (1975, PhD 1979), Managing Director of the Security & Dual Use Sector at defence technology company QinetiQ discussed the history of acoustic imaging and Dr Steve Sheard (1984, PhD 1987) of the University of Oxford talked about photothermal imaging.

All speakers paid tribute to Sir Eric's enthusiasm, encouragement and vision as well as wisdom and wit. Simon Bennett described Sir Eric's influence on him: "Eric introduced me to imaging while I was an undergraduate at UCL. The basic scientific disciplines I learned from him have stood me in good stead throughout my career, but his training covered so much more than science.  The challenges of scanned acoustic imaging using crude home-made lenses at UCL and Stanford gave way to scanned optical imaging using UV reflective optics in Silicon Valley where we planned to make our fortunes, but didn't. Throughout the twists and turns of imaging development, it has been Eric's vision that steered the way."

Many more current and former UCL students and staff, as well as numerous colleagues and family came from all corners of the world to join in the celebration.  The guests included two former Heads of UCL Electronic & Electrical Engineering - Prof Sir David (Den) Davies and Prof John Midwinter - as well as Prof Cyril Hilsum and Sir Derek Roberts, who shared their memories of working with Sir Eric.Sir Eric joined UCL Electronic & Electrical Engineering in 1963. He became a professor four years later, and was elected Fellow of the Royal Society ten years after in 1977. Sir Eric was appointed Pender Professor and Head of Department in 1980, and after an eight-year interlude as Rector of Imperial College London, he returned to UCL to hold the position of Emeritus Professor at UCL Physics & Astronomy 1993-1998.