Professor John Foreman, Dean of Students, laid one of the last bricks of new student residence Ian Baker House at a 'topping out' ceremony on Thursday 31 January. 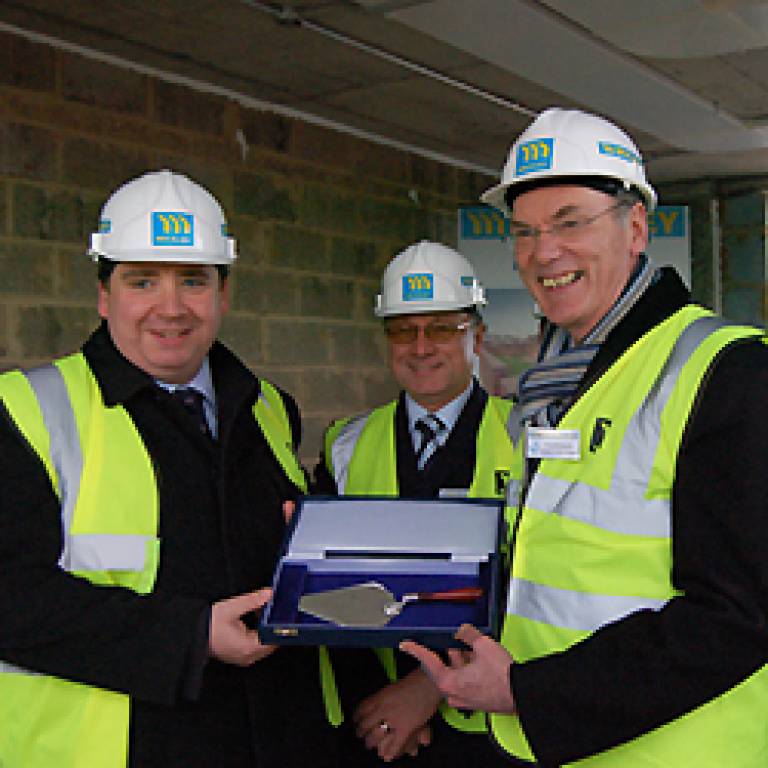 Ian Baker House will provide an additional 91 single-study bedrooms in a self-catered residence located in the quadrangle at Ramsay Hall on Maple Street. It is due to be completed later this year.

The house is named after Ian Baker CBE, Secretary of UCL 1982-1991. This continues the tradition that has seen student accommodation named after former Secretaries of UCL - namely the John Tovell and Arthur Tattersall residences (both on Gower Street).

The architects of the building are Levitt Bernstein and the project is being managed by the Potter Raper Partnership. Both companies worked on James Lighthill Lodge, a student residence south of Pentonville Road.