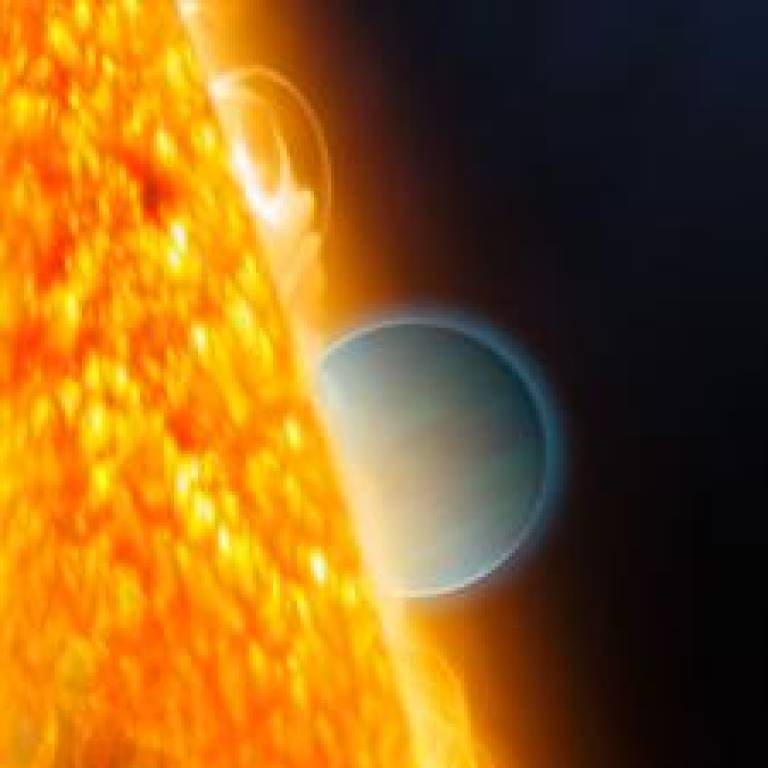 The NASA/ESA Hubble Space Telescope has discovered carbon dioxide in the atmosphere of a planet orbiting another star. This is an important step along the trail of finding the chemical biotracers of extraterrestrial life, as we know it.

The Jupiter-sized planet, called HD 189733b, is too hot for life, but new Hubble observations are a proof-of-concept demonstration that the basic chemistry for life can be measured on planets orbiting other stars. Organic compounds can also be a by-product of life processes, and their detection on an Earth-like planet may someday provide the first evidence of life beyond Earth.

Dr Giovanna Tinetti from UCL Physics & Astronomy is the co-author of 'Molecular Signatures in the Near Infrared Dayside Spectrum of HD 189733b' published the 'Astrophysical Journal' today. Her part in the project consisted of the interpretation of the data acquired and reducted by the American team, using a spectral/planetary model able to simulate the atmosphere of the planet observed, its chemical composition and thermal structure. The simulations which best fitted the observations included the clear presence of carbon dioxide in the planetary atmosphere.

Previous observations of HD 189733b by Hubble and the Spitzer Space Telescope found water vapour, and earlier this year, Hubble found methane in the planet's atmosphere.

"This is exciting, because Hubble is allowing us to see molecules that probe the conditions, chemistry, and composition of atmospheres on other planets," says Mark Swain of the Jet Propulsion Laboratory in Pasadena, USA. "Thanks to Hubble we're entering an era in which we are rapidly going to expand the number of molecules we know about on other planets."

Swain used Hubble's Near Infrared Camera and Multi-Object Spectrometer (NICMOS) to study infrared light emitted from the planet, which lies 63 light-years away. Gases in the planet's atmosphere absorb certain wavelengths of light from the planet's hot glowing interior. Swain identified not only carbon dioxide, but also carbon monoxide. The molecules leave their own unique spectral fingerprint on the radiation from the planet that reaches Earth. This is the first time a near-infrared emission spectrum has been obtained for an extrasolar planet.

"The carbon dioxide is kind of the main focus of the excitement, because that is a molecule that under the right circumstances could have a connection to biological activity as it does on Earth," Swain says. "The very fact that we're able to detect it, and estimate its abundance, is significant for the long-term effort of characterising planets, both to find out what they're made of and to find out if they could be a possible host for life." 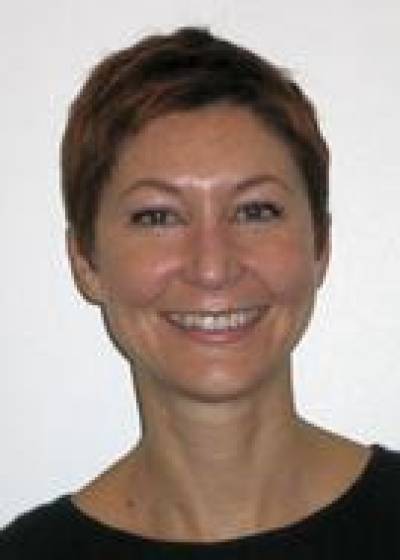 Dr Tinetti (left) says: "In the terrestrial planets of our solar system, CO2 plays a crucial role in the stability of climate. On Earth, CO2 is one of the ingredients of photosynthesis and a key element of the carbon cycle. Our observations represent a great opportunity to understand the role of CO2 in the atmospheres of hot-gaseous and highly irradiated planets."

Dr Tinetti is a Senior Research Fellow at UCL Physics and Astronomy, and a member of the Astrophysics Laboratory and the Centre for Planetary Sciences at UCL/Birkbeck. Her research is focused on the characterisation of extroplanets, atmospheric and planetary science and radiative transfer modelling, and is supported by the Science Technology Facilities Council's Aurora programme. She will start a Royal Society Fellowship on 1 January, 2009.

Credit for image at the top of this page: NASA, ESA, and M. Swain (JPL, USA)