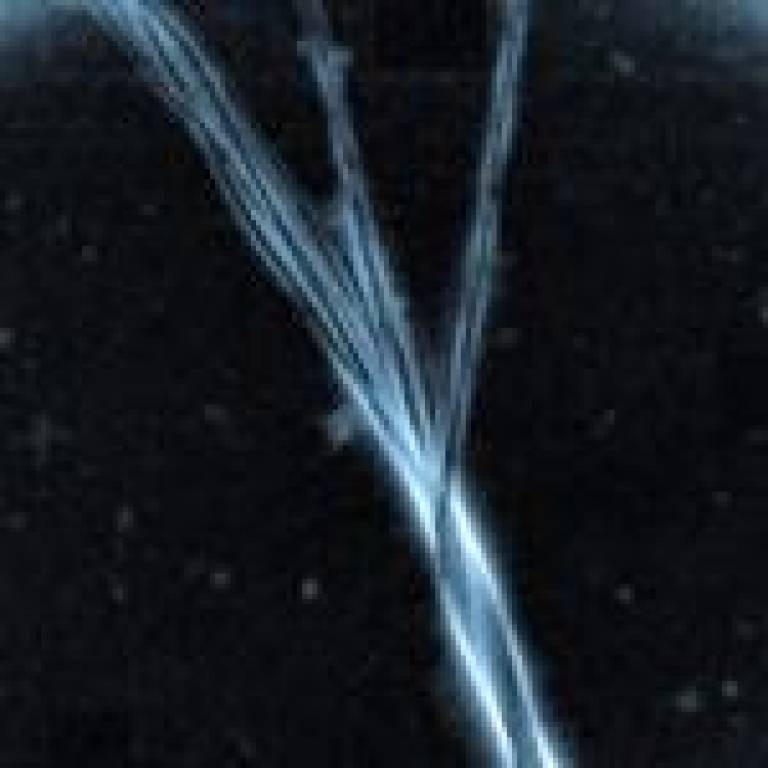 UCL scientists have won an award in the region of €28m from the European and Developing Countries Clinical Trials Partnership (EDCTP), which will allow them to carry out clinical trials of new drugs designed to fight tuberculosis over the next four years. UCL is sponsoring the clinical trial for Rapid Evaluation of Moxifloxacin in Tuberculosis (REMox), and is also working alongside the University of Munich and Radboud University Nijmegen, each of whom are sponsoring trials of two further drugs (High Dose Rifampicin and SQ109).

UCL is a member of the Pan African Consortium for the Evaluation of Antituberculosis Antibiotics (PanACEA), a European-African initiative formed to conduct clinical trials on new drugs which may shorten and simplify the treatment of TB. Described as a 'consortium of consortia', PanACEA hopes to 'provide synergies and efficiencies in the conduct of the trials and capacity development'. The UCL team consists of Professor Stephen Gillespie and Dr Tim McHugh from the UCL Centre for Medical Microbiology, who both have significant experience conducting large-scale TB molecular epidemiological projects in London and in Africa, and Professor Alimudden Zumla, Director of the UCL Centre for Infectious Diseases & International Health.

Professor Gillespie will be the Chief Investigator of the REMox trial and the UCL Collaborator in the HIGHRIF trial, while Dr McHugh and Professor Alimudden Zumla are going to act as Principal Investigators on the REMox trial, and Professor Zumla is also going to be the Co-lead (Capacity Development) on the SQ109 trial. Professor Gillespie believes that "this is a very positive  consolidation of our clinical trials platform that will allow us to advance  our drug development portfolio further", and that the project "chimes well" with UCL's  Global Health strategy. In 1993, the World Health Organization declared TB a public health emergency and the disease remains a major cause of death worldwide. In 2005, an estimated 8.8 million people were diagnosed with TB and 1.6 million died of the disease. Due largely to the lethal interaction between HIV/AIDS and TB, Africa suffers especially high TB incidence, prevalence, and mortality rates.

The urgent public health need for new TB drugs to shorten and simplify therapy is made apparent by the lengthy (6 months) and complex (4-drug) regimens currently required for treatment. Long treatment regimens are difficult to sustain for a number of financial, temporal and social reasons, and difficulty in regimen-compliance has frustrated efforts to control TB and fuelled the rise of multiple drug resistant TB (MDR-TB). An effective response to the global emergency requires new drugs to shorten treatment and, if these trials are successful, the new regimens will reduce the duration by one third.

The project itself consists of two associated activities: firstly, providing support for the trials, and secondly, the development of enhanced clinical trial capacity in sub-Saharan Africa - all with the involvement of a network of six European research organizations, twelve sub-Saharan clinical trial sites, and three pharmaceutical companies. UCL, Munich and Nijmegen have twenty years' experience in developing Research and Capacity Development programmes in Africa; it is expected that this co-ordinated development programme involving networking between trials sites will provide higher-quality, more efficient results than individual initiatives, and that it will effectively establish an enduring framework of processes and tools to benefit future trials of TB drugs.

According to PanACEA's project proposal, "only with a consortium of clinical trials and trial sites can these objectives be accomplished at the comprehensive scope required to transform TB drug development and improve TB treatment regimens that have not changed significantly over the past 35 years". A central theme of PanACEA is to establish genuine capacity and leadership and vest it with African colleagues so that this centre of gravity can move South.

The design of the consortium board is such that African collaborators have a majority, and it is intended that the experienced EU researchers work alongside their African colleagues to jointly manage the consortium's activities. PanACEA believes that successful completion of the trial to global regulatory standards will "help ensure Africa's ability to successfully evaluate and register future improvements in TB (and other disease) treatments of public health importance through the conduct of high-quality clinical trials. The proposed studies will directly address concerns about quality by ensuring that the sites involved become world leaders in performing regulatory quality TB trials".

To find out more, please see the links at the top of this page.