Social inequalities are 'killing on a grand scale' says WHO report 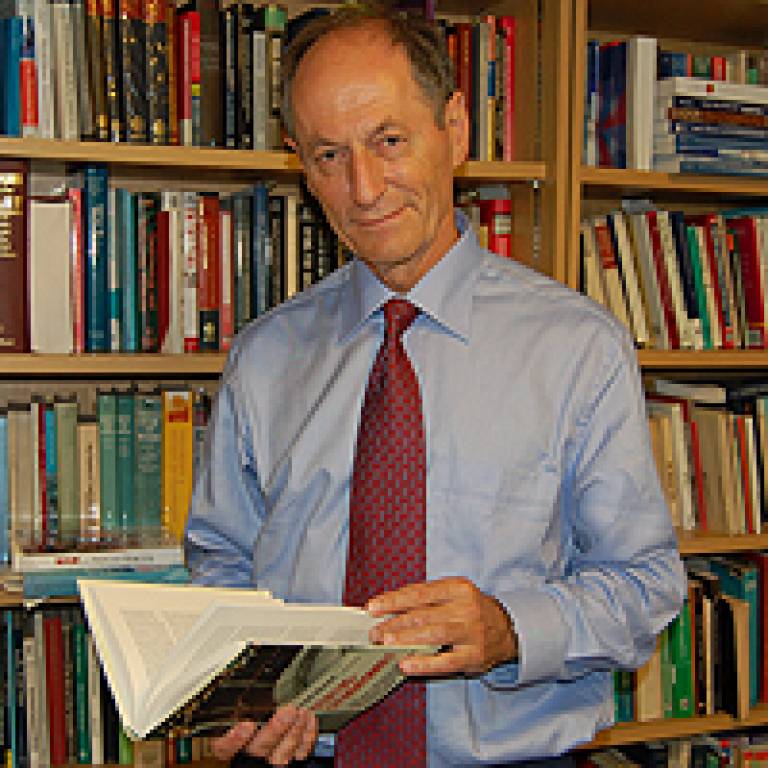 We can significantly improve global health within a generation, but we must radically re-think international economic and social policies. Those are the findings of a major new report led by Professor Sir Michael Marmot, UCL Epidemiology & Public Health, for the World Health Organisation (WHO).

The Commission looked at how the citizens of varying nations came to have the life expectancy and health quality they did. "What we were trying to do was distil information to make recommendations to health equity," says Sir Michael "and by that we mean avoidable inequalities in health, inequalities which are killing people on a grand scale."

He cites the Commissions findings from their survey of British health the statistic that a boy in Glasgow's Calton suburb will live, on average, 28 years less than a boy born just a few miles away in Lenzie. And that same child from Calton will have a shorter life expectancy than a child born in India where 80 percent of the population lives on less than $2 a day.

The research also shows that a girl in the African country of Lesotho is, on average, likely to live 42 years less than a girl in Japan, while in Sweden, the risk of a woman dying during pregnancy and childbirth is one in 17,400, but in Afghanistan the odds are one in eight.

"What this report has done is point to the gradient in health," says Sir Michael, "By that I mean that ill health is not confined to the poorest of the poor, with reasonable health for everybody else, but it's socially graded: the lower you are in the hierarchy the poorer your health, the higher you are the better your health."

But, he continues, what was surprising about the findings was that these gradients appeared all over the world, in low income and middle income countries as well as high income, manifesting themselves in infant and child mortality and adult health.

None of these discrepancies are down to biology or genetics, says Sir Michael, but social health determinants like poor government and inter-governmental policies, economics and politics: "The key message is that the circumstances in which people are born, grow, live, work, and age are the fundamental drivers of health, and health inequity.

"We rely too much on medical interventions as a way of increasing life expectancy - a more effective way of increasing life expectancy and improving health would be for every government policy and government programme to be assessed for its impact on health and health equity; to make health and health equity a marker for government performance. It's not just a matter of relieving poverty; it's a matter of taking social action that involves all of us.

"People need the opportunity to take control of their lives - but the conditions need to be right to allow them to do that. Simply saying to someone it's up to you to be fat, or to smoke, is just ignoring the evidence that being fat or smoking or unhealthy follows certain social patterns.

"And when it does follow those social patterns to say it must be some sort of accident that all those individuals decided to suddenly get fat AND happen to be in a certain social demographic group - that seems odd.

"Individual behaviour is influenced by the environment in which they find themselves."

Central to the Commission's findings are international support for sexual equality in the workplace with childcare, freely available education, affordable housing and proper social support networks.

Controversially it also recommends the management of access to unhealthy foods and also criticises mass economic policies like globalisation, giving the example of trade tariffs, which globalisation has swept away, but which many low income governments depend on because of their low tax base.

"Globalisation is a fact, with winners and losers," says Sir Michael, "and there are benefits for low and middle income economies. But they're not widely distributed. We've got to have a more sensitive approach.