The quagga: A century and a quarter of extinction 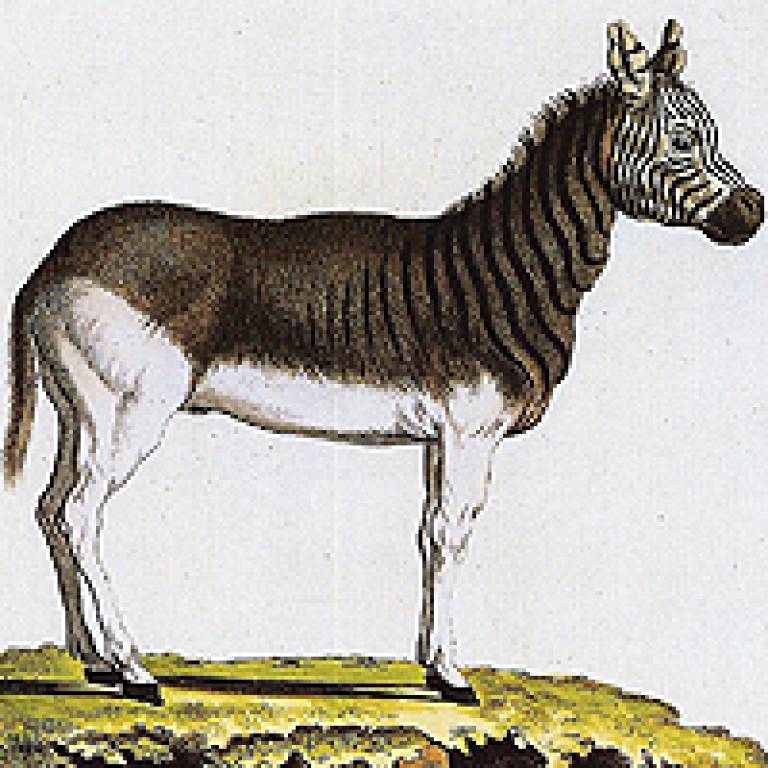 This week marks the 125th anniversary of the extinction of the quagga - a small zebra-like creature that once roamed the plains of South Africa.

While most of her kind were hunted out of existence in the 1870s, one lone mare lived on at Amsterdam Zoo until 1883. There are just seven skeletons in the world and UCL Grant Museum is the only institution in England to hold one, making the quagga, even in death, extremely rare.

Jack Ashby, UCL zoologist at the Grant Museum of Zoology, says: "Humans have driven thousands of animals to extinction in the past 200 years, and the quagga is just one of them.

"Quaggas competed with farmers' domestic livestock for precious grassland in the drier areas of South Africa, and so were hunted heavily to allow farming to benefit. Their unusual pelts were also highly sought after and these two factors effectively led to them disappearing altogether.

"Without specimens like the one at the Grant Museum, all scientifically useful records of extinct species would vanish too. The only known photos of a living quagga are also linked to London - taken at the London Zoo soon before the species died out."

It was discovered in the 1950s that quaggas were not a distinct species, but rather a sub-species of plains zebra, which separated from the main group around 200,000 years ago. Using this information, zoologists at the South Africa Museum are now attempting to breed the animals back from extinction, by pairing lightly-striped plains zebra.