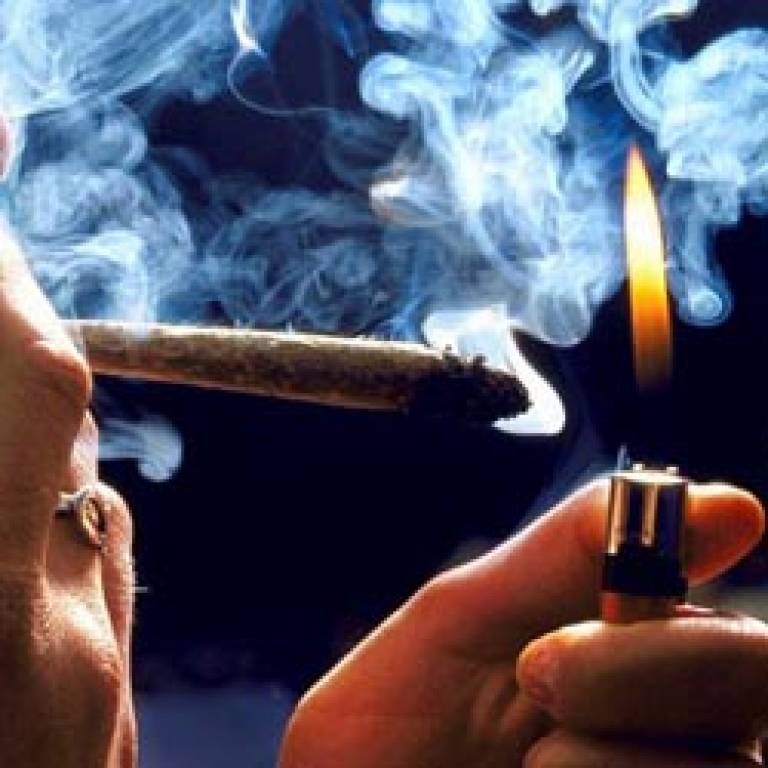 Cannabis contains a number of chemicals known as cannabinoids, which may have different effects - not all of them harmful to mental health. The main component of smoked cannabis is a cannabinoid known as THC, which is thought to be responsible for the psychosis-like effects of the drug. THC has been shown to raise anxiety levels and psychotic symptoms in healthy people.

In contrast, another cannabinoid, known as CBD, has been found to lower anxiety and may have antipsychotic properties. The ratio of these two compounds in smoked cannabis varies - there are higher levels of THC in the widespread 'skunk' or genetically modified strains of the plant.

It has been shown that regular cannabis users are more prone to psychosis and delusions. This study examined the link between these effects and the CBD/THC ratio in cannabis for the first time.

This study, published in the April 2008 issue of the British Journal of Psychiatry, used hair analysis to determine levels of THC and CBD in 140 drug users and relate these to measures of psychosis proneness and delusional thinking.

54 people screened positive for cannabis. Both THC and CBD were found in the hair of 26 of them, and THC alone in the hair of 20 others. They were then categorised into three groups: 'THC only', 'THC and CBD', and 'no cannabinoid'.

Dr Morgan said: "This study is the first to show that hair analytic techniques can be used to distinguish different groups of cannabis users. The implication is that people Our findings suggest that smoking strains of cannabis containing CBD in addition to THC may be protective against the psychotic-like symptoms caused by THC alone.

However, another potential explanation of these results is that pre-existing differences in psychosis proneness between people who use cannabis may draw them to smoke different strains of the drug. This research highlights the importance of distinguishing between different cannabinoids, and has implications in the debate over the link between cannabis and psychosis."