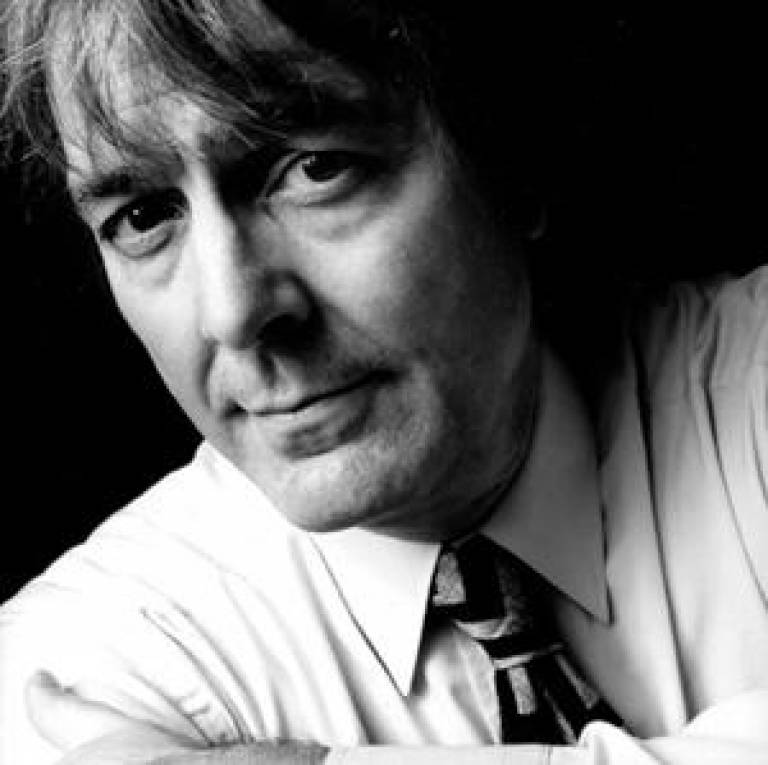 John Doyle Klier, a much-loved and admired scholar of East European Jewish history, died on 23 September 2007. As Sidney and Elizabeth Corob Professor of Modern Jewish History in UCL Hebrew & Jewish Studies, John was a tireless advocate of Jewish scholarship in Eastern Europe, and passionately worked to develop East European Jewish history in the United States, continental Europe and the UK.

He was the world's leading authority on Russia's perceptions and treatment of the Jews from the late 18th century until the demise of the Tsarist Empire. Generously collaborating with historians from Israel and Europe, he turned the study of pogroms, political violence directed against the Jews, into a historical field in its own right. He was a supremely talented teacher, who supervised numerous doctoral dissertations, and whose lectures deftly interwove politics, religion and social life with the greatest sophistication, yet remained accessible to a wide audience.

John was born on 13 December 1944 in Bellefonte, Pennsylvania, and his family lived  briefly in Washington, DC, before settling in Syracuse, New York. His father taught aeronautical engineering at Syracuse University. John used to joke that his father had a t-shirt emblazoned with the slogan, "I really AM a rocket scientist." John attended Notre Dame University in South Bend Indiana, a favoured choice among the brightest American Catholic youth, and completed his BA and MA in history.

He pursued doctoral study at the University of Illinois, in Urbana - long a powerhouse in Russian and Soviet history - which was where his interest in Russian Jewry was stimulated. He became aware, in his investigations of pre-revolutionary Russia, that little primary research had been conducted on Russian Jewry for most of the 20th century. His PhD dissertation examined the process by which the Russian state integrated Jews into the Russian state system, and fostered specific attitudes and assumptions about Jews. This work was expanded into his first book, 'Russia Gathers Her Jews', now considered a seminal text in modern Jewish history.

How could a historian have probed this subject during the so-called 'Period of Stagnation', when forays into politically sensitive topics such as 'the Jewish Question' were taboo? In a feat of utter brilliance, John officially purported to study "the Russian popular press," a seemingly innocuous subject. Therefore he gained access to the material necessary to produce a truly groundbreaking, substantive history of Russian Jewry.

In 1991, he was one of the first foreign scholars to undertake in-depth research on the Jews in Soviet archives, and mined resources in the coming years in Kiev, Moscow, St Petersburg and Minsk. In 1993 he received a grant from the National Endowment for the Humanities in the United States to prepare surveys of Jewish materials in post-Soviet archives. Scores, if not hundreds, of researchers of East European Jewry have benefited from his insight and guidance. His second major monograph, 'Imperial Russia's Jewish Question, 1855-1881', appeared in 1995.

In the last few months John completed the manuscript of 'Southern Storms:  Russians, Jews and the Crisis of 1881-2', which will be published by Cambridge University Press. Building on his earlier monographs, articles and edited volumes, it explores the nature of pogrom violence in Russia and the responses to the events of 1881-2 by the Imperial authorities, as well as by Russian and Jewish society. He also was working on a study of Jews and military recruitment in the Russian Empire, focused on the cantonist battalions. Drawing on his original research he published a book in Russian, 'Rossia sobiraet svoikh evreev', a critical text for the Russian-speaking student and scholarly community in Eastern Europe and Israel. John also was author, with his wife, of a popular history, 'The Search for Anastasia: Solving the Riddle of the Lost Romanovs'. He was bemused that this was by far the best-selling of his books.

John began his university teaching career at Fort Hays State University in Hays, Kansas. It was, he used to claim, not only 'middle American' in a figurative sense, but the geographic centre of the United States. While there he proved himself a prodigious scholar, on the strength of which he was appointed in 1990 as Lecturer, and in 1993, Reader, at UCL, assuming the rank of Professor in 1996. As the Head of the Department of Hebrew & Jewish Studies for much of the 1990s he was famed for nurturing a refreshingly supportive, open-minded and convivial atmosphere.

John was thoroughly devoted to his wife Helen Mingay and their two children, Sophia and Sebastian. He also is survived by family members in Upstate New York and the UK.

A true renaissance man, John was an expert in many national literatures - which he preferred to read in their original. He also was well-versed in classical music, art, opera and theatre. He was a skilled competitive fencer. He also could carry a spirited, incisive conversation about both English and American football. His sincere friendship and good nature were infectious.

His loss leaves a vast hole and profound sadness. His scholarship is certain to stand the test of time, and his warmth will be cherished and recalled throughout the world.