Link: Why UCL is interested in sponsoring an Academy in Camden UCL last night hosted an initial open meeting to discuss the proposed UCL Camden Academy. 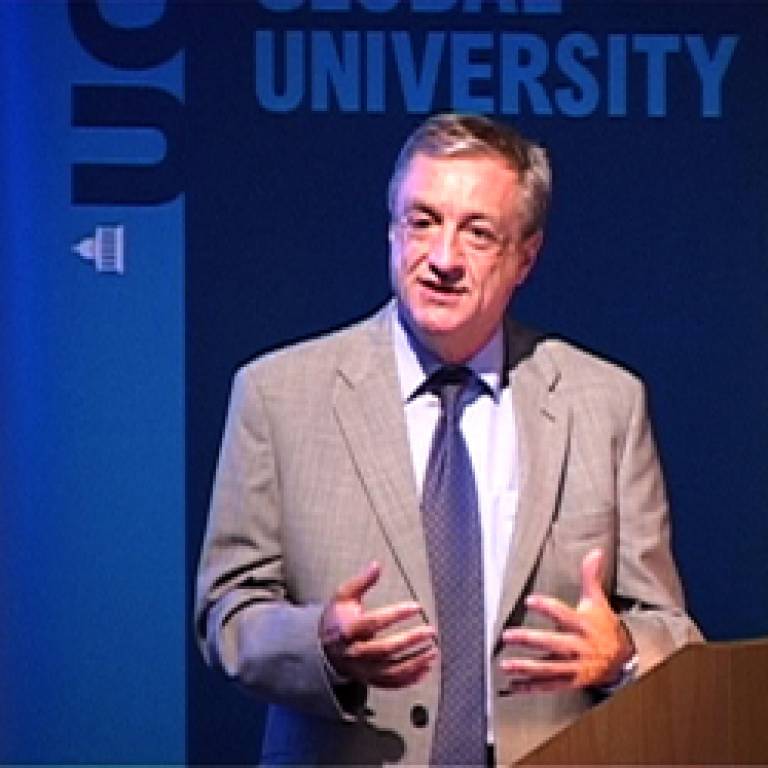 The meeting was an opportunity for the university to deliver its vision for a UCL-sponsored Academy in Camden to a broad audience, and for attendees to debate the future directions of the Academy.

Professor Malcolm Grant, UCL President and Provost and Professor Michael Worton, UCL Vice-Provost (Academic and International) outlined UCL's vision for the Camden Academy as a centre for excellence in science, mathematics and languages. The Academy would also have a mission to provide education for global citizenship.

Meeting attendees incorporated a broad range of stakeholders, including Camden teachers, governors and parents and UCL staff members. In what was a very lively meeting, attendees raised many questions about the proposals, focusing in particular on the Academy's location, admissions policy, governance, and general ethos. There was also discussion about how a UCL Academy would work within the current 'family' of Camden schools.

Camden is currently undertaking final discussions to confirm that UCL is to be the preferred sponsor for Camden. Once this has been ascertained, the university will enter into further consultation with all stakeholders. This will feed into the development of UCL's plans for the Academy from initial vision to detailed blueprint.  All suggestions and comments at this stage can be sent to academy@ucl.ac.uk.

To read previous news articles about the UCL Academy, use the link at the top of this article.