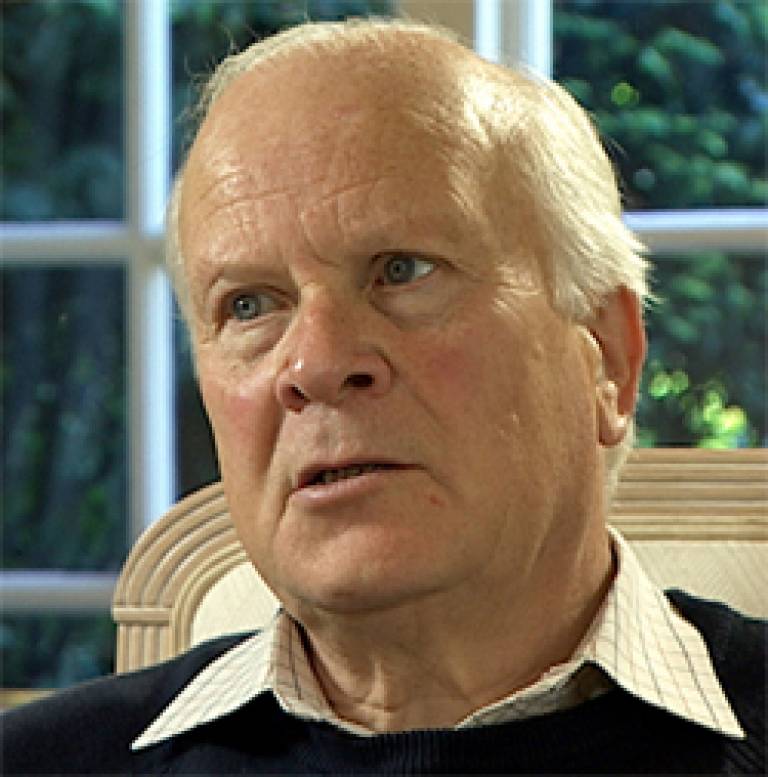 
A conference in honour of Michael Baum, Professor Emeritus of Surgery and visiting Professor of Medical Humanities at UCL, will run at the Wellcome Trust on Euston Road on 28 November 2007. The festschrift will focus on Professor Baum's extraordinary contribution to advancing breast cancer research and treatment, covering his time at King's College, the Royal Marsden Hospital and UCL.

Professor Baum established the first multi-centre collaborative group for trials of treatment for breast cancer in 1970 and on the back of that, the first purpose built Clinical Trials Centre in 1980. He established the first nurse counselling service at King's College Hospital in 1981 and the first psychosocial oncology research team at the same time. With colleagues he developed the first instrument for measuring quality of life in patients undergoing treatment for cancer. He was influential in developing ethical models for randomised controlled trials and informed consent procedures for medical research.

As Vice President of EUSOMA he was in part instrumental in building up EUROPA DONNA and worked closely with this organisation as President of the third European Breast Cancer Conference (2002) in Barcelona. This led to the widely-cited Statement of Barcelona on behalf of EUSOMA, EORTC and EUROPA DONNA.

Professor Baum's cooperative research group was the first to demonstrate the survival advantage of adjuvant tamoxifen for early breast cancer, which has contributed to the 30 per cent fall in breast cancer mortality over the last 15 years. As a spin-off from these trials, his group was also the first to note the potential of tamoxifen to prevent breast cancer in susceptible women. Most recently, at UCL, he put together the biggest international cancer trials group in history (ATAC), which in record time demonstrated the superiority of anastrozole over tamoxifen. Alongside this trial of over 9,000 patients there is a subcommittee responsible for collecting and storing archival material for translational research that will relate the response of the aromatase inhibitors to various phenotypes of breast cancer, based on steroid and growth factor receptors. This trial also contributed 1,000 patients to a sub-protocol measuring quality of life.

Finally Professor Baum's group, together with the Departments of Radiotherapy and Radiation Physics have developed a novel technique for delivering radiotherapy at the time of surgery, which could save the NHS millions of pounds a year, be far more convenient and humane for patients, and opens up the way for women in the developing world to enjoy the option of retaining their breast after surgery for early breast cancer.

The festschrift will be delivered from 9am to 5.30pm. Tickets cost £75, including lunch and refreshments, and places are limited to 150. Email festschrift@ctg.ucl.ac.uk or telephone +44 (0)207 288 3970 for further details, or to see a map of the venue location, use the links at the top of  the article.