A group of doctors, surgeons and academics from UCL and ULCH are drawing on their expertise to fight diabetes and heart disease in Mauritius. 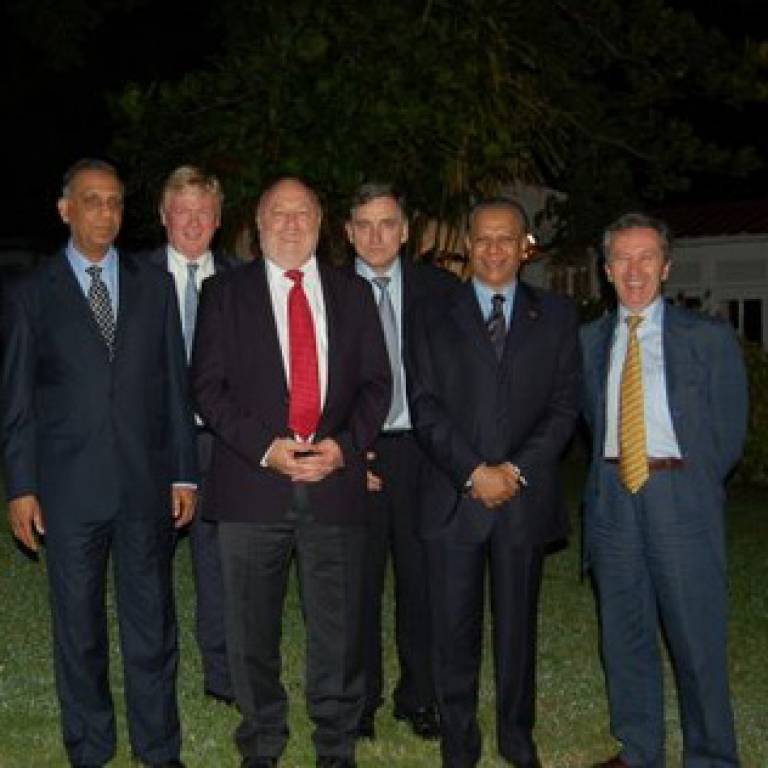 Mauritius has the highest rate of type 2 diabetes and heart disease in the world, so Prime Minister Dr Navin Ramgoolam asked the group to help. The Prime Minister is keen to focus on the increasing problem of diabetes that in many cases can lead to some form of cardiovascular disease.

He set up a conference on October 29, which was led by the UCL/UCLH team, and which made headlines in Mauritius - featuring on the front page of national newspapers and on the evening television news.

Dr Walker said: "Mauritius has a population with many different ethnic groups - it is largely Asian with a significant proportion of black African and Chinese people.

"It is a model economy in terms of the development for Africa and the problems posed by rapid urbanisation. The rest of Africa is looking at this as a model of what is going to happen to them which is pretty horrifying. Mauritius has the highest incidence of diabetes in the world and high incidence of cardiovascular disorders as a consequence of that."

At least 20 per cent of people aged 30 and above in Mauritius have diabetes. About 50 per cent of deaths are due to cardiovascular-related disease and 21 per cent are directly related to diabetes.

Professor Yellon said the team had focused on the message that a sedentary lifestyle, poor eating habits, smoking, lack of exercise and stress, all increased the risk of diabetes and heart disease.

"Prime Minister Ramgoolam is a very charismatic man and if he wants something to happen it gets the attention of everybody." said Professor Yellon.

"We tried to get across very simple messages about the dangers of smoking and the need for a healthy diet and the importance of exercise. They are simple messages but for a country like Mauritius, if they are addressed then over the next 12 months it would make a difference."

The team is now hoping that Mauritius will adopt solutions based on the Department of Health's National Service Frameworks for coronary heart disease and diabetes.

Dr Walker added: "One of the problems in Mauritius is there are no systems to properly count what is happening and to whom. In terms of a health service, they have got to start counting and accounting - which is what the national service frameworks have done for us."

UCL/UCLH's close links with Mauritius will continue in December when Prime Minister Ramgoolam is expected to visit.