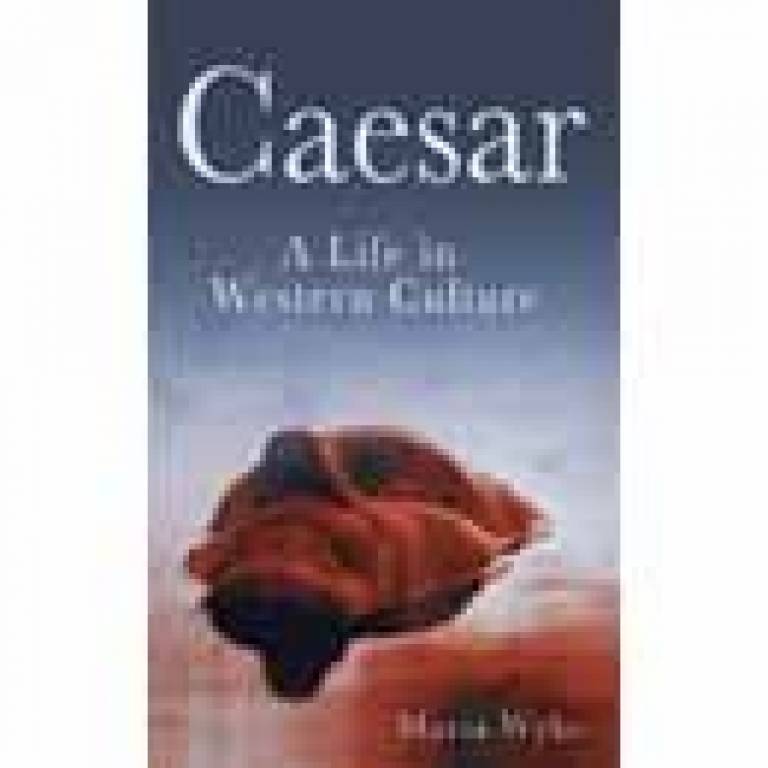 In her new book, 'Caesar: A Life in Western Culture', Professor Maria Wyke (UCL Greek & Latin) looks at Julius Caesar's wide appeal across the centuries in every aspect of our cultural life.

Professor Wyke said: "Classics is set up as the opposite to popular culture, but Caesar is one of the gigantic figures of the discipline who has been picked up by various cultural forms, including Shakespearean tragedy and comic strips. Why Julius Caesar? Why is he the most famous of all Romans? Why not the dictator Sulla, the military conqueror Pompey, or the emperor Augustus?"

In one chapter, Professor Wyke explores cultural interpretations of Caesar's relationship with Cleopatra through a study of Handel's opera. She juxtaposes that with an exploration of the first themed casino in Las Vegas: Caesars Palace. The casino was built in the 1960s as an imperial palace. The toilet doors once denoted male and female with 'Caesar' and 'Cleopatra' in Latinate script. Actors still dress as Caesar and Cleopatra to welcome guests. The gambling chips are stamped with Caesar's profile and visitors are encouraged to become Caesar for the night.

Professor Wyke said: "Caesar was known for taking risks and gambling in the political arena. He also had a reputation for big spending. So the casino theme is very apt."

The book follows Caesar's life - from capture by pirates to deification - including sections on 'Audacity and Adventurism', 'Courage, Cruelty and Military Acumen', 'Revolution and Risk-Taking' and 'Lust, Luxury and Love'. In these chapters, Professor Wyke looks at how rulers and revolutionaries have taken Julius Caesar as a model for action, and at how the Caesar legend is portrayed today in computer games, medieval epics and the TV series 'Xena: Warrior Princess'.

Exploring Caesar's present-day incarnations, Professor Wyke considers how recent performances of the Shakespeare play 'Julius Caesar' have linked his rule to current affairs. In New York theatres post-9/11, she explains, directors have often set the action in an American context, with protagonists costumed in suits or military uniforms. At the Belasco Theatre in New York in 2005, for instance, Denzel Washington played Brutus while an American Caesar was seen to be usurping too much power. Professor Wyke said: "This hints at concerns that America has a dictator in its midst in George Bush."

"Caesar continues to be highly relevant to our concerns today, just as he's been relevant in the past.

"I'm interested in how he initiated his own fame - claiming he was descended from gods and kings, writing about himself in the third person as a great general - and then became a celebrity of enormous importance to Western culture.

"He is the revolutionary, the general, the dictator, the lover, or the gambler, and he is either adored or despised for it."