Liver disease patients could have a much better chance of survival thanks to an amino acid that stops the vicious circle of 'autocannibalism' once blood leaks into the stomach, according to research by Dr Rajiv Jalan's team at UCL Medicine published in 'Hepatology'. 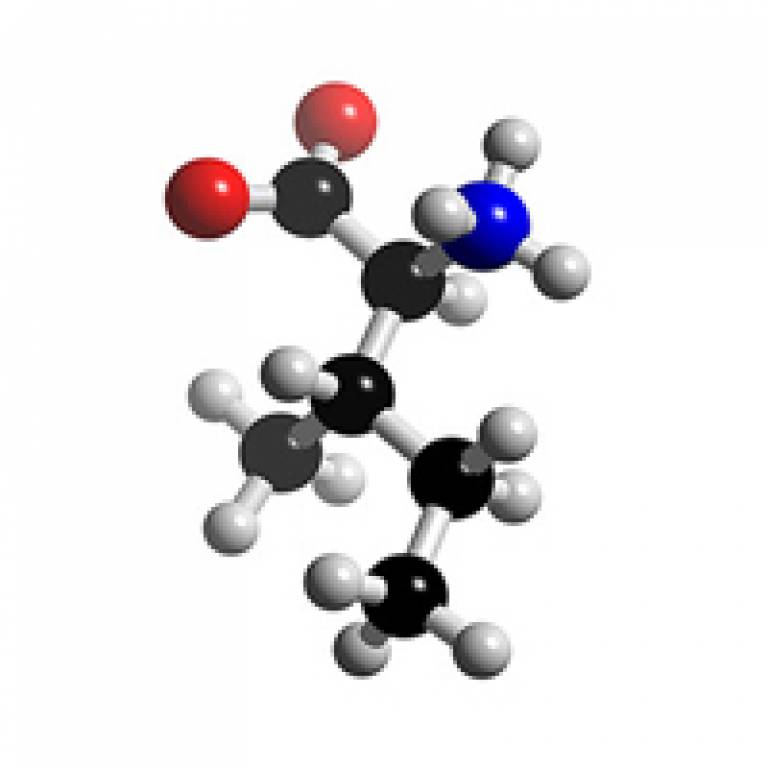 The study shows that Isoleucine, a cheaply available essential amino acid, can mitigate the effects of bleeding into the upper gastrointestinal tract, which can cause complications for around one-third of cirrhosis patients within two years of diagnosis. Twenty to thirty per cent of those patients die from the effects of bleeding within six weeks.

To prove the theory that the blood triggers a deleterious reaction, the team 'simulated' upper gastrointestinal bleeding by giving cirrhotic patients a solution with an identical amino acid composition to haemoglobin, followed by an infusion of Isoleucineucine. Using novel techniques, they showed that the infusion not only restored patients to a balanced state but actually boosted syntheis of protein in the muscle and liver.

Dr Jalan explained: "Blood is the only protein known to man that does not contain the essential amino acid Isoleucine. When the gut absorbs blood, the body recognises that it has received an 'incomplete' protein and this is the stimulus for protein breakdown. The body becomes trapped in a vicious circle of 'autocannibalism' with protein breakdown resulting in clotting problems and immune dysfunction. This in turn increases the risk of further bleeding, infection and renal failure, which all make death more likely. This work illustrates the potential of 'translational research in patients' to define new therapies."

One per cent of the world's population have cirrhosis of the liver, which is more commonly found in Africa, South-East Asia and China. However, the findings may have much broader medical relevance, as the downward spiral described above may be associated with other extraneous collections of blood in the body such as haematomas.

The research, which was carried out in collaboration with the Universities of Edinburgh and Maastricht and funded by the Wellcome Trust and the Netherlands Organisation for Scientific Research, comes after ten years of work to narrow down the mechanisms at play. However, Dr Jalan points out that religious texts have warned of the harmful effects of blood in the gut for thousands of years:

"Blood protein was recognised as being bad for human consumption in the Koran, which sets out strict procedures governing the preparation of Halal meat. It is fascinating how teachings in ancient religious texts based on empirical observations can be borne out by present-day scientific study."

The team is planning further clinical studies and a trial to explore the benefits of the amino acid infusion.

To find out more about the research, follow the link at the top of this article.

Image: The molecular structure of Isoleucine