Robin Weiss, Professor of Viral Oncology at UCL, has won the 2007 Ernst Chain Prize for his original contribution to the understanding of human infectious disease. 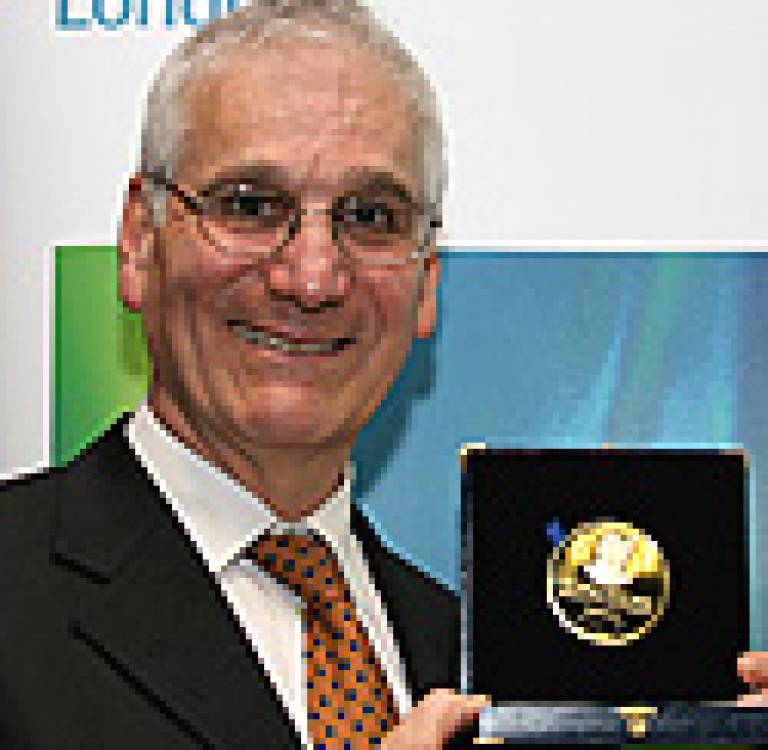 The prize, which consists of a commemorative medal and £10,000, recognises Professor Weiss's pioneering work in deepening the understanding of HIV/AIDS. His achievements in this field include identifying CD4 as its cell surface receptor, developing HIV screening tests and investigating how antibodies neutralise the virus. Last year it was announced that he would lead a £14 million international research consortium in the search for an HIV vaccine funded by the Bill & Melinda Gates Foundation.

Professor Weiss received the honour on Tuesday 13 March at Imperial College London, where he delivered a lecture entitled 'Blocking the docking of HIV'.

He said: "I am delighted and honoured to receive this prestigious prize. Half the prize monies will go towards supporting my students."

Imperial College London bestows the annual Ernst Chain Prize, which is funded by the Kohn Foundation, on a career scientist who has made an original and substantive contribution to the field of science which has furthered, or is likely to further, understanding or management of human diseases.

The prize was established in 2003 in honour of Sir Ernst Chain who was awarded the 1945 Nobel Prize in Physiology or Medicine jointly with Sir Alexander Fleming and Sir Howard Florey for the discovery of penicillin and its curative effect in various infectious diseases.

To listen to Professor Weiss's lecture and to find out more about his work, use the links at the top of this article.