Evidence and the environment

Baroness Barbara Young, Chief Executive of the Environment Agency, explained where the organisation's annual £1billion government grant goes to make our surroundings cleaner and healthier, in a lecture hosted by the UCL Environment Institute this week. 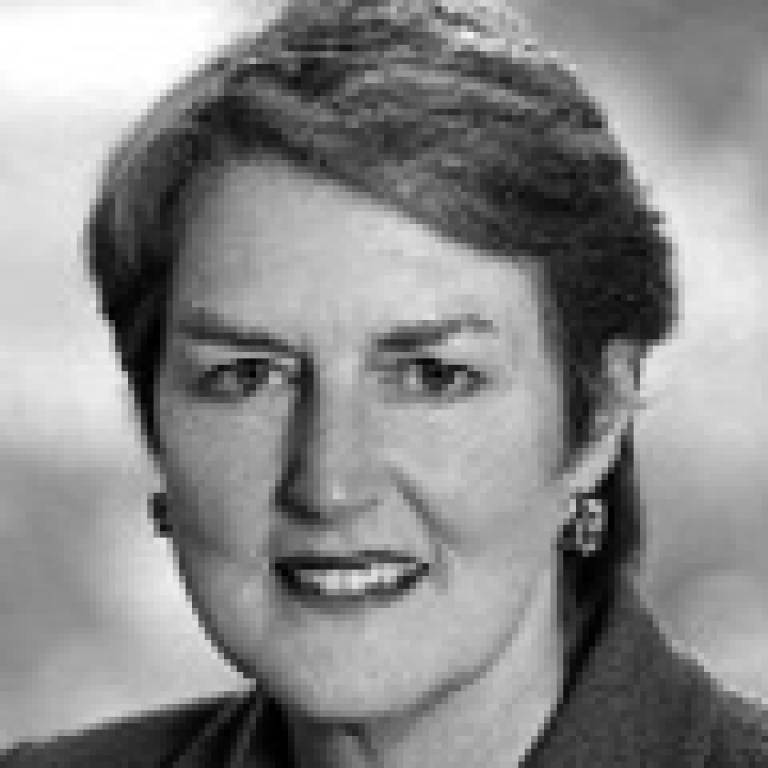 Flooding is a key concern for the agency, and accordingly formed a major part of Baroness Young's lecture. The agency is working with hydrogeologists, biological scientists and palaeolimnologists from UCL and other organisations to study the history and future of lakes and rivers by developing remote sensors that deliver data to unmanned satellites. Its preventative action includes creating sustainable flood defences, such as green spaces on floodplains which provide a lung for cities at most times, and a buffer zone when floods threaten.

The growing risk of flooding to households and businesses is borne out in the growing number of insurance claims made each year, yet only 14 per cent of people in high-risk areas have made any preparations, despite the availability of warning services, including text and email delivery. As a result, the agency is undertaking research to investigate what is at the heart of this lethargy. Naturally it is also examining the aftermath, which encompasses not simply the human and economic cost but also the repercussions of transport infrastructure destruction and the psychological toll taken on flood victims.

Baroness Young revealed that the widely bemoaned rise in water bills actually reflects water companies' recent acceptance of their part in responsibility for water quality, financing new water protection initiatives. She also described the stern line she was taking with the Bathroom Manufacturers' Association to discourage installation of water-hungry systems. Such behind-the-scenes work is complemented by beacon projects, such as the ambitious Thames Gateway 'water neutral' project, which is being designed to use the same amount of water that the area consumed pre-development.

Baroness Young presented stark evidence that climate change and industrial chemical use have already had grave impacts. Intense, unprecedented weather systems mean that, astonishingly, Manchester was the first place in the UK to declare an official drought in recent years. The spread of offshore eutrophication [the addition of large quantities of nutrients to water, causing an overgrowth of algae] is another highly visible phenomenon, but its consequences are ill understood as yet - spurring another strand of research.

Soil, however, is our least known, yet most underrated natural resource, according to Baroness Young. The complexity of its ecosystems mean that we still do not know which indicators to use to judge the health of soil.

Nanotechnology represents another unknown quantity, but the Environment Agency is concerned to ensure that public awareness of its potential - which it is investigating with the Department for the Environment, Food and Rural Affairs - is ensured early on through open debate rather than receiving an early vilification in the press. UCL President and Provost Malcolm Grant, who chaired the question-and-answer session after the lecture, observed that scientists could not claim that misuse of technology is a function of society rather than science, while disparaging unscientific public debate over the deployment of technology.

Baroness Young concluded by highlighting the importance of collaborative working - with scientists, funding bodies and local communities - to ensure we pass a cleaner, healthier environment on to future generations.