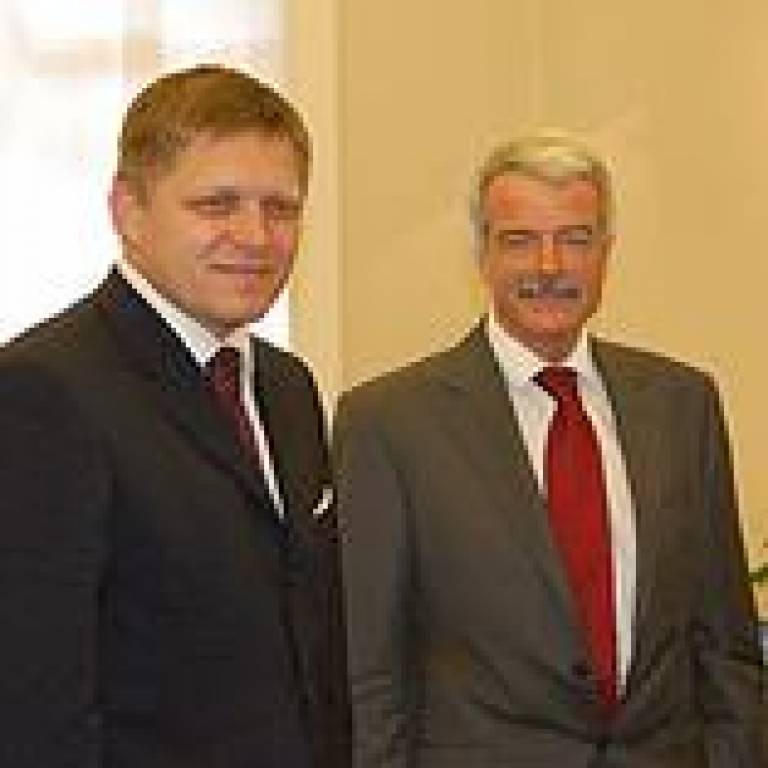 After meeting UCL President and Provost Professor Malcolm Grant, Dr Fico held an informal discussion with SSEES academics that dealt frankly with his government and Slovak domestic and foreign policy.

When SSEES academics questioned the controversial coalition forged between his party Direction-Social Democracy (SMER-SD), the Slovak National Party (SNS) and Vladimír Mečiar's Movement for a Democratic Slovakia (HZDS), Dr Fico emphasised the pragmatic rationale that underpinned this joining of forces. He argued that his party had shown itself capable of successfully pursuing a social-democratic agenda without undue influence from his coalition partners.

The discussion also covered Dr Fico's decision to withdraw Slovak troops from Iraq; the US proposal for a missile defence shield with forward bases in Central Europe, the continuing importance within the European Union of the Visegrad group - a regional cooperation between Slovakia, The Czech Republic, Hungary and Poland formed in 1991 - and the sensitive question of Slovak-Hungarian relations.

At the conclusion of the meeting, SSEES Director Dr Robin Aizlewood said he hoped that the visit would encourage further scholarly collaboration between UCL and Slovakia.