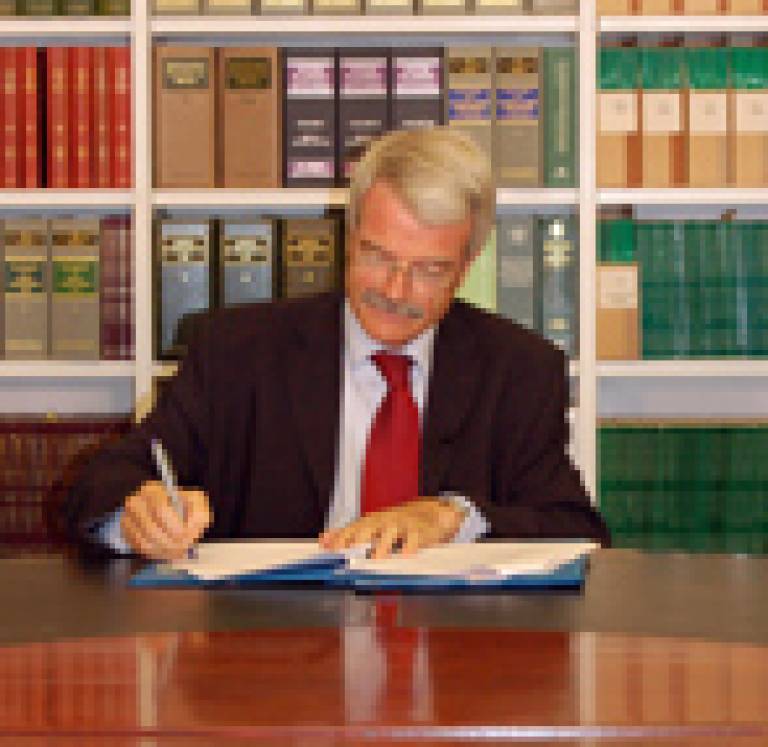 The MOU, which was formally signed in Peking on 26 June 2007, establishes an agreement between the UCL International Centre for Chinese Heritage and Archaeology (UCL ICCHA) and Peking University's Institute of Archaeology & Museology to promote the preservation of Chinese cultural heritage.

With the help of a generous donation from the SHKP-Kwoks' Foundation, the MOU will focus on providing training in archaeology and heritage for students from China studying at UCL. The emphasis of the training will rest on archaeological science and the conservation and management of heritage. It will also be possible to fund three PhD scholarships of three years each.

The SHKP-Kwoks' Foundation is particularly pleased that graduates of this programme will return to work in China, where they will use what they have learnt to further the country's knowledge of archaeological ideas and technologies.

The MOU is the result of an initiative led by Professor Peter Ucko, former Director of the UCL Institute of Archaeology, who sadly died on 14 June 2007. Professor Moira Yip, UCL Pro-Provost (China, Hong Kong and Macao), said: "It [the MOU] must stand as part of his legacy to archaeology, to UCL and to China, and we will make sure that his spirit lives on in the work he started here at UCL."

The links between UCL and Peking University began in 2003 when the UCL ICCHA was first set up. The ICCHA, which has offices and activities in both London and Peking, was established thanks to generous funding from the SHKP-Kwoks' Foundation. Professor Yip expressed her gratitude on behalf of UCL to Walter Kwok and the Kwok family for their past and continuing support.

To find out more about UCL's global collaborations, use the link at the bottom of the article.