UCL Political Science celebrated its official opening with a roundtable discussion on global citizenship and an inaugural lecture by Professor Richard Bellamy, head of the new department. 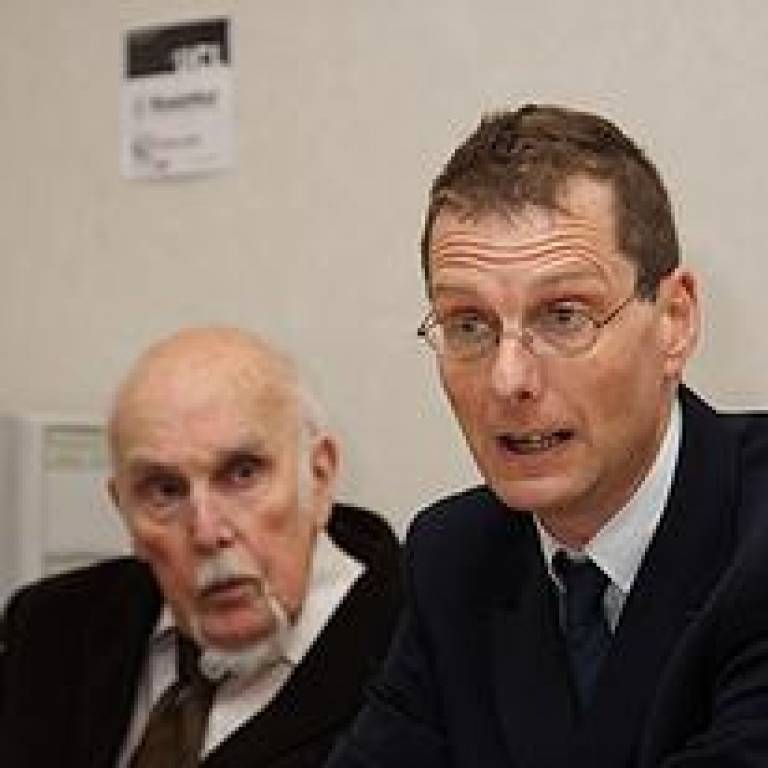 Noted political theorist Sir Bernard Crick (UCL Economics 1947 and Fellow) was the first to address over 50 guests at the event, held at the UCL School of Public Policy now celebrating its tenth anniversary.

Sir Bernard described his time at UCL in the post-war period, when ex-servicemen and women would bring their babies along to lively lectures. His subsequent illustrious political career involved becoming chair of an advisory group in 1997 that led to the introduction of citizenship lessons in schools.

Five UCL academics took part in the panel discussion on global citizenship, a theme inspired by UCL's commitment in this area.

Professor Bellamy noted the paradox that although issues such as security, the economy and the environment increasingly need to be addressed by international political initiatives, people have come to identify more with groups below the level of the nation, and in the West have moved towards individualistic rather than collective approaches to securing rights.

Dr Fiona Adamson argued that the concept of citizenship can be extended meaningfully to a global context if international organisations that define and lobby for rights, such as the EU and NGOs, are strengthened, and on the condition that the notion of citizenship is broadened out to all countries and all their members.

Dr Cecile Laborde questioned how we can preserve what we value about citizenship - that is, rights, belonging to a polity, and participating in the process that defines rights - in a global context. She cited the situation of Turkish migrants in Germany, and warned against a two-tier system of citizenship.

Dr Sherrill Stroschein discussed how countries offer their citizens different combinations of rights - civil, political and social - and the difficulties in governing groups who feel allegiance to more than one state, such as ethnic Hungarians in Romania.

Dr Meg Russell closed the discussion by focusing on the UK, suggesting that in two generations following the Second World War, UK citizens have forgotten what politics is for. She argued that increased wealth, changed social patterns and the resulting reliance on market mechanisms plus a competitive media have all helped feed the current climate of political disengagement.

Donald Rumsfeld, North Korea, 'Rule Britannia' and The Federation of International Football Associations were among the topics raised in the question and answer session that followed.

Professor Bellamy concluded the event with his inaugural lecture as UCL's first Chair of Political Science. He spoke on political constitutionalism, the subject of his forthcoming book from Cambridge University Press. He described how the UK's constitutional revolution was misconceived in undermining the fairness of a system of majority rule between competing political parties.

To find out more about UCL Political Science, follow the link at the bottom of this article.