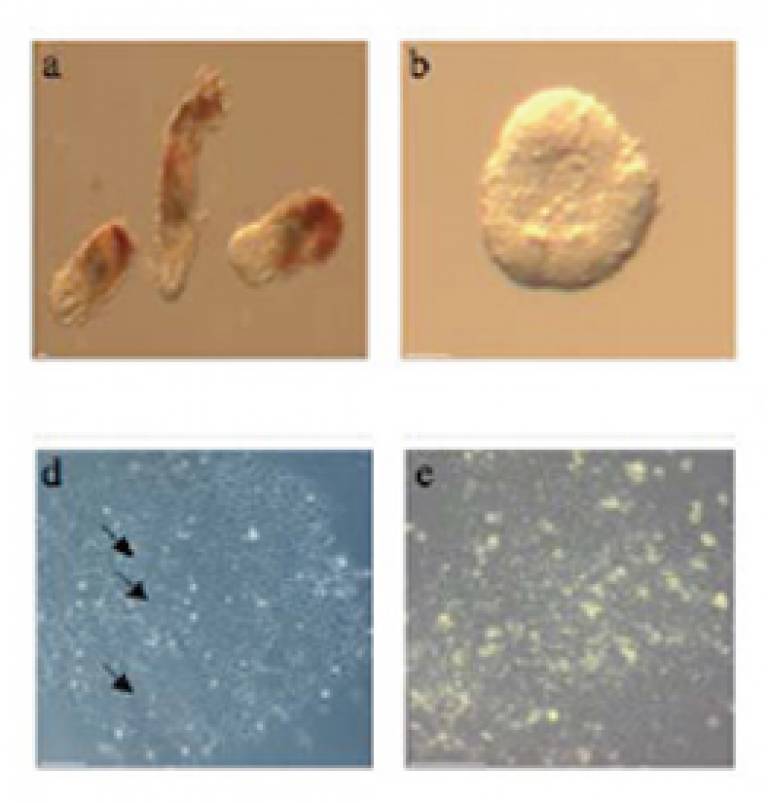 The findings give scientists a greater understanding about the way stem cells work. Published in 'Nature' online, along with another independent study that verifies the discovery, the findings are likely to accelerate understanding of stem cell development, help the derivation of stem cells in other species - including livestock and disease-prone mice used in research - thereby providing better models for researchers involved in stem cell research.

Up until now, embryonic stem cells derived in humans and mice had looked different and not behaved in the same way. The main thing they had in common was their pluripotency - their ability to turn into any type of cells such as nerve and blood cells. But how the mouse and human stem cells maintained this state was actually different and they required very different techniques for growth in culture.

Teams based at Cambridge University and Oxford University found that when mouse stem cells are derived from the epiblast - the innermost cell layer - of the one-week-old rodent embryo, rather than from the early blastocyst stage (3-4 days after conception) they resembled human embryonic stem cells and had many of the same properties.

Further studies were then undertaken at the Cancer Research UK Viral Oncology Group (UCL Wolfson Institute of Biomedical Research) and the US National Institutes of Health to analyse the molecular characteristics of the newly-derived stem cells.