Unless you have printed this article out, you will be reading it on technology made possible by Professor Cyril Hilsum, who is to receive the Royal Society Medal for Applied Sciences, it was announced today. 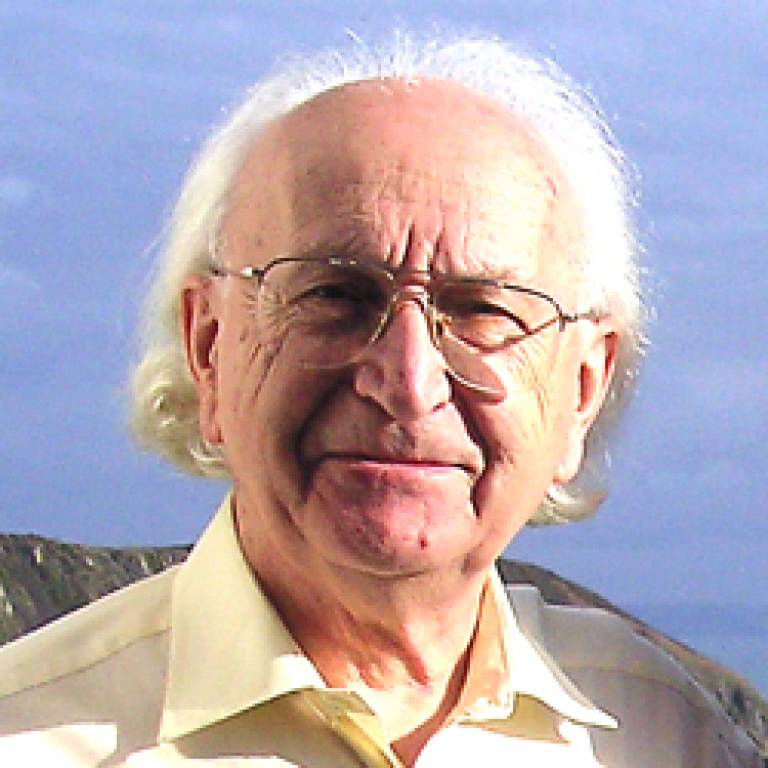 The award recognises a long and distinguished career, spent largely in government service, during which Professor Hilsum led the development of significant technologies in semiconductors and flat panel displays. The flat panel displays group he led generated over £100 million for the government through patents on liquid crystal materials and devices, and their research gave the basis for modern computer screens.

He has enjoyed a life-long relationship with UCL, and is currently a visiting professor, and a Fellow of the College. Having graduated from the university in 1945 with a degree in physics, he went on to pursue a career in the Ministry of Defence for 40 years before joining the General Electric Company as Chief Scientist in 1983, later becoming their Director of Research. Since leaving GEC in 1995, he has been involved in consultancy work for the Ministry of Defence and the Department of Trade and Industry, as well as sitting on the board of a venture capital company. At 82, he insists he will not be retiring any time soon.

He is currently working with Peratech, a York-based start-up company, developing quantum tunnelling composites. These materials are polymers doped with a metal, and act as a very sensitive switch, which Professor Hilsum believes has many applications as a sensor. Years of experience of developing inventions into saleable components or products gives him an authoritative voice on the issue of technology transfer and the application of science. Nevertheless, he recognises the difficulties inherent in applied science: "A successful applied scientist has to be completely right. There is little kudos in conceiving a new semiconductor that is almost as good as silicon, or inventing a device which nobody needs. And the judgment is not made by your peers, as for pure science. It is made by the market, often distant and unfathomable. Moreover, if your invention gets superseded by another, which works better or is cheaper to produce, yours is soon forgotten. It's a hard road, but you chose it."

The award will be presented by the Royal Society President, Lord Rees, at a ceremony on 30th November. Commenting on his award, Professor Hilsum says: "It is great honour, and an acknowledgement of the work of myself and my research groups over many years. And I'm quite chuffed. At my age, you don't expect still to be getting medals."