UCL academic Professor Alex Seifalian (UCL Surgery) has won the prestigious overall Cardiovascular Innovation Award for Medical Futures 2007, one of the UK's most sought after accolades for healthcare innovation. 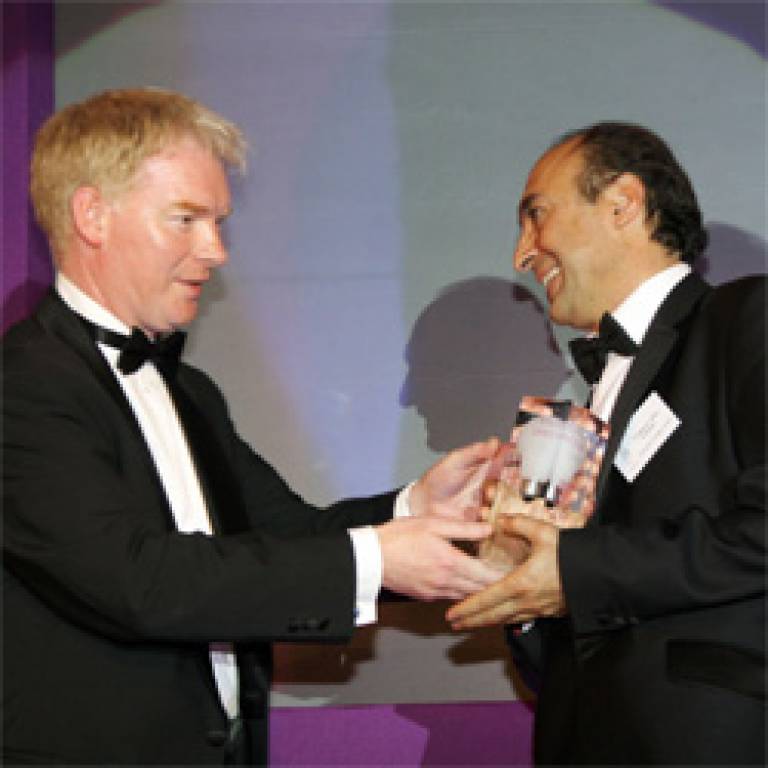 Working with a team including Professor George Hamilton (UCL Surgery) and partners in UCL Business, Professor Seifalian has developed a novel nanomaterial for the development of cardiovascular medical devices including blood vessels and heart valves. This novel polymer has been used to develop an artificial artery for coronary artery bypass graft. The first viable artificial artery to be developed, the innovation has been shown to have a high success rate in trials and looks set to revolutionise cardiac surgery.

Coronary artery bypass graft (CABG) is a common major operation, performed in people with heart disease, whose arteries are narrowing or blocked. In the procedure, a vein is taken from elsewhere in the body - often the leg - and grafted onto the artery, so that blood can bypass the artery and flow easily through the grafted vein. 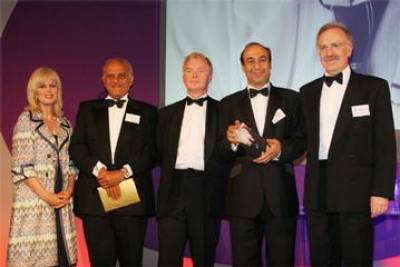 The current procedure for CABG has saved the lives of many people with heart disease, but the operation has numerous shortcomings, explained Professor Seifalian: "Around a third of people do not have a suitable vein to graft, which means that they cannot have this life-saving operation."

Even for patients who do have a suitable vein, autologous grafts have drawbacks: "CABG is currently a very long and involved surgical procedure, because the surgeon has to both harvest a vein from the patient's leg or arm, and then implant it as a graft. What's more, the veins that are used for grafts are substantially different from coronary arteries - veins are highly porous and elastic, while the original arteries have thicker, more resistant walls. These functional differences mean that many grafts fail after a few years and the operation needs to be redone."

Professor Seifalian's artificial vein has the potential to resolve many of the problems with the current CABG: "Initially, the artificial artery will used for CABG in patients who do not have a suitable vein to use - so effectively have no alterative. But in the longer term, I think it will replace the use of autologous transplants altogether. Using the artificial artery obviously removes the need to strip a vein from elsewhere in the body, curbing the trauma of surgery."

The nanomaterials used to construct the artery have been designed to mimic the properties of a real artery, providing a better solution to a grafted vein: "As well as being completely biocompatible, the artificial artery has a similar resistance and porosity to a real artery. It is also impregnated with peptides - particular molecules that attract stem cells in the blood to the wall of the artery, in the same way as a real artery does - which means that blood is less susceptible to clotting the walls of the graft."

The artificial artery is currently nearing the end of pre-clinical testing, and should move into clinical trials in 2008.

To find out more about the polymer or the Medical Futures awards, use the links at the top of the article.